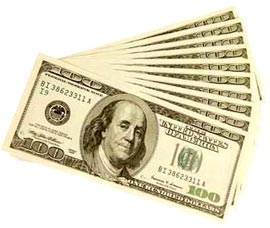 If a bank teller told you had an unknown bank account with $5.8 million in it and the bank insisted it's yours, wouldn't you spend it? That's what Brooklyn resident Benjamin Lovell did - and now he's paying.

Lovell shares the same name as an employee at Delaware company Woodlawn Trustees. Woodlawn asked that their Lovell be added to a Commerce Bank account with $5.8 million in it, but Commerce somehow mixed up the Social Security numbers of the two Lovells and assigned the Brooklyn Lovell, a Keyspan Energy salesman who makes $600/week, to the account. Jeez, Commerce, you and Social Security numbers!

When the Benjamin Lovell of Brooklyn went to deposit $400 into his account last December, he was told about the account. Lovell did tell the Commerce officials it wasn't his, but they told him it was his. So Lovell did what any person would do: He withdrew $1 million that day, then another $1.1 million over the next month, blowing most of it on "failed investments, jewelry for his mistress, colonic enemas and other extravagances."

Naturally Woodlawn became alarmed when their account was depleted, and the bank contacted the authorities, who only found $500,000 of the withdrawals. The Brooklyn DA's office charged Lovell with grand larceny and he faces up to 25 years in prison. His family was very upset and his wife told the Daily News, "He's a good guy. He's a family man."