In 2011 the MTA had a daily ridership of about 5.2 million, but barely 30 people braved last night's snow storm to tell the agency's leadership what they thought of the upcoming fare hikes that are all but certain to kick in next year. One man called the MTA's CEO Joe Lhota a "prick," while another referred to him as "Josephine," but nearly all the speakers wondered why the hearing wasn't rescheduled in the first place. "Far Rockaway looks like a war zone!" Messiah Rhodes said, addressing the board. "There are plenty of areas where people can't even get on the subway to be here. [Election day] was supposed to be a show of democracy. This is the most undemocratic thing I have ever seen."

Adam Lisberg, the MTA's top press spokesman, said "We make it a point to not cancel meetings because of bad weather," and added that the only time a public hearing had been cancelled was when a tornado interrupted an LIRR hearing. (However, a hearing scheduled for Wednesday night at Farmingdale State College in Long Island was postponed.) "New Yorkers can handle a little rain and snow." But hadn't the city just experienced the worst hurricane in its history? "We understand that people are suffering in places from Sandy, but to borrow a phrase from the mayor, this city has got to get moving again."

In case the MTA board members weren't keeping track, not a single soul spoke in favor of the fare increases. "These plans are all flawed," Steven Faust, a Harvard-educated transportation planner said. "They're akin to rearranging deck chairs on the Titanic. We need to bring the system to a state of good repair," Faust said. And to him, that meant raising revenue not from the fare box but from possible real estate holdings and for the agency to free itself from the "golden handcuffs" of bonds and swap agreements, which have forced the MTA to pay $658 million to banks since the year 2000.

After running through a cursory explanation of why the MTA continues to pay banks hundreds of millions of dollars thanks to plunging interest rates and the economic recession, Ingrid Burrington said, "But I don't need to tell you how you're being screwed. You know how you're being screwed. You don't want to see what happens when poor, unemployed people organize and have nowhere to direct their anger…but that won't happen, because you'll renegotiate these rates, right?" 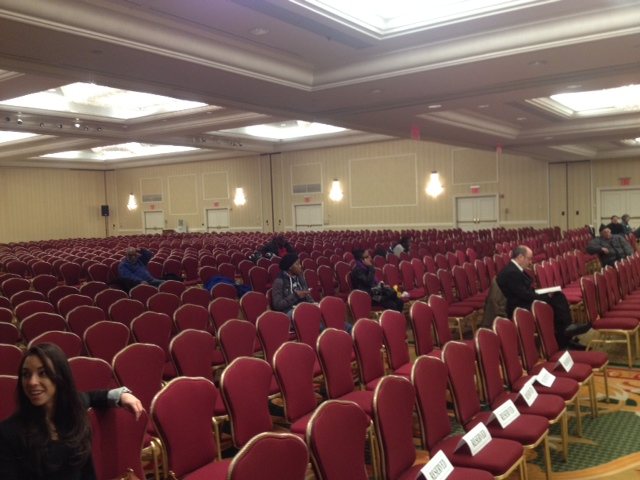 Conor Tomás Reed, a CUNY professor and activist, called the MTA executives a "sadistic…multimillionaire board. This is a board that wants to raise fares when 40,000 New Yorkers just became homeless. We need to talk about altering these people's salaries."

Given the utter devastation the hurricane wreaked on so many communities and New York's high unemployment rate, wasn't a fare increase at a time like this just a kick in the teeth? "Raising revenue is a kick in the teeth?" Lisberg asked. "We've been clear for months that we've needed to raise revenue. Of course no one wants to pay more, but that's the way it is."

Lisberg pointed to the MTA's rapid rebound from the storm as a perfect example of why it needed additional funding. "What the MTA did to restore service was incredible," Lisberg said. Messiah Rhodes, saw it differently: "The MTA didn't restore service, this board didn't return service—transit workers restored service." According to the TWU Local 100, those transit workers had just seen their wage agreement disappear.

If you missed last night's hearing, you can speak your mind in front of MTA-provided cameras here. The next public hearings are this Tuesday, see a full schedule here.

#banks
#fare hikes
#hurricane sandy
#joe lhota
#MTA
#rich people
#original
Do you know the scoop? Comment below or Send us a Tip