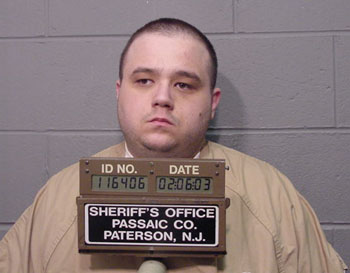 Last week's LA Times article about the Tupac shooting of 1994 (occurring just two years before his murder), led to a lot of chatter about the rapper's death and those who may have been involved. The finger was now being pointed at Sean "Diddy" Combs, who maintained he was not involved.

Today, The Smoking Gun calls the paper out by saying their scoop was a scam. Their main resource, James Sabatino (pictured), has likely fabricated evidence and forged FBI reports that were used by the paper. Not a hard story to swallow given Sabatino is a con man (and former consultant for Diddy's Bad Boy Records) currently residing behind bars.

TSG reports that the LA Times fell victim to a hoax, and that the FBI reports "are nowhere to be found in the bureau's computerized Automated Case Support database." It is believed that Sabatino fabricated them, as they "share remarkably similar spelling deficiencies." Sabatino, who has long tried to implicate himself in some of hip-hop's big shootings, claims the reports were provided to him and told TSG, "there is a lot of lies circulating around right now. But this is all going to backfire on Puff. I know him too well."

Reportedly The LA Times is launching an investigation to get to the bottom of these new claims. The paper's new editor, Russ Stanton, said they are “taking this very seriously."