Rudy Not In The Mood For Campaigning, Had Headache 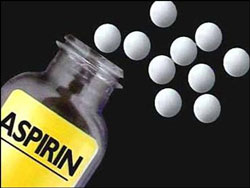 Rudolph Giuliani's apparent health scare that caused his campaign jet to turn around and land back in St. Louis, Missouri was allegedly not as serious as it was made out to be. The Presidential candidate and former Mayor of New York is begging ignorance as to why his staff members said he had flu-like symptoms, when he says he just had a bad headache. Someone told the press that Giuliani blacked out at some point, which he denies ever happened.

“You’re going to have to ask them,” he said, when asked about their statement. “I’m telling you what actually happened. I had a very, very bad headache. It got worse on the plane. I then got checked out. Went through a lot of tests. All the tests came back 100 percent normal. That’s the bottom line.”

Health concerns are not a new event for Giuliani during the electoral seasons. When he was running for the NY Senate seat after his terms as Mayor of the City of New York, he withdrew from the Republican ticket and effectively ceded the office to current Sen. Hillary Clinton. The incident that instigated Rudy's withdrawal from that race was a sudden bout with prostate cancer. He says that he's feeling better and plans to get back on the campaign trail with an appearance in New Hampshire. In an interview this morning, he told George Stephanopoulos, "I'm back on the trail, ready to go, hale and hearty, feeling great."