Royal Bun In The Oven: Duchess Of Cambridge Kate Middleton Is Pregnant

Additionally, the statement from Clarence House noted, "The Duchess was admitted this afternoon to King Edward VII Hospital in Central London with Hyperemesis Gravidarum. As the pregnancy is in its very early stages, Her Royal Highness is expected to stay in hospital for several days and will require a period of rest thereafter." Hyperemesis Gravidarum is fancy talk for morning sickness symptoms which can cause dehydration. Middleton does have an active schedule of events—just last week, she played field hockey in heels at her old school. 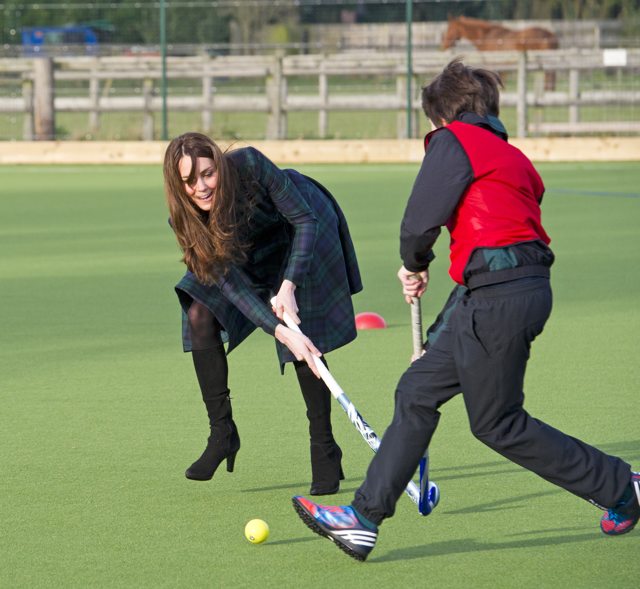 Whether the couple has a boy or a girl, the child will be the heir to the throne. As ABC News reminds us, "Last year, the heads of 16 Commonwealth countries agreed to a change in the rules of succession so that first-born children of either gender can take the throne. Queen Elizabeth II was only eligible to be monarch because her father had no male children... 'Put simply, if the Duke and Duchess of Cambridge were to have a little girl, that girl would one day be our queen,' British Prime Minister David Cameron told reporters in 2011." The Daily Mail adds a fun fact, "The last time a still-serving monarch got to meet a great grandchild born in direct succession to the crown was nearly 120 years ago."