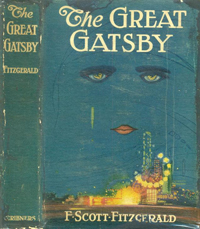 The New York Times has a tragic tale of a storied property that was meant to be a source of familial togetherness, but has instead rended the fabric of the Handler family to ribbons. The Point, as the estate on the Long Island Sound is known, is believed by many to be the inspiration for the home of F. Scott Fitzgerald's character Jay Gatsby. The 21-acre estate's mansion is only one of nine buildings on the property, which is filled with amenities like "a vineyard, a lily pond, a clay tennis court, a horse paddock, a squash court, a gym, a greenhouse and formal gardens." The Times reports that all of these are neglected and overgrown.

The Point was built by Herman Brickman, a powerful labor arbitrator and the father of the mansion's current resident, 81-year-old Marjorie Brickman Kern. Brickman built the estate, which features sloping lawns leading to a cliff overlooking the Long Island Sound and views of Connecticut and the Manhattan skyline, to bind future generations of his family together. Instead it has become a place of death and dispute among brothers and a mother.

Both of Mrs. Kern's sons, Russell and John Handler, have battled cancer, as did their wives and several other people who lived on the property. The Times writes that John Handler's wife was found dead in The Point's pool and that the police ruled the incident an accident. Her mother was killed in 1998 when her car struck a nearby tree. John Handler himself lost all his fingers and toes in a bout with sepsis.

Now Russell and John Handler are in a feud involving credit card debt, an alleged defrauding of their mother, and a surrendered bank account. The older brother, Russell, accuses his sibling of being "delusional." The younger responded "“I wish my brother well, I just don’t want to have anything to do with him and the madness that seems to surround him.” Mrs. Kern said in a recent interview that the estate built by her father seems like an idyll, but concedes that it has turned into a "fool's paradise."