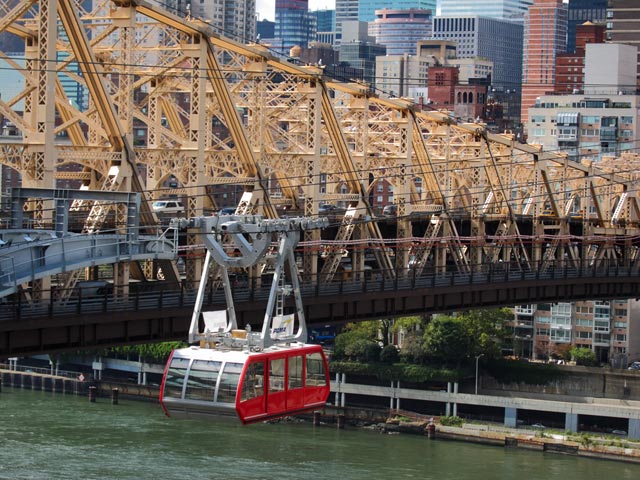 That sigh of relief you just heard? That'd be the sound of the nearly 10,000 Roosevelt Islanders reacting to word that after a nine-month gestation their beloved tram returns to service tomorrow morning.

And what's the new baby next to the 59th Street Bridge got to show after its long vacation? A fair amount. The tram now boasts new tracks, new gondolas with bigger windows (to better spot Spider-man, of course) and a new "dual-haul" cable system that the manufacturer says will enable "faster service and less turbulence in high winds." Basically, everything but the tower bases have been replaced.

The newbie takes its maiden voyage with passengers tomorrow at 11 a.m. which, assuming that nothing goes wrong, should be followed by regular service promptly (we hope – when we called the Roosevelt Island Operating Corp to confirm that service was also set to resume tomorrow we were told to call back this afternoon). UPDATE: Yup, regular service resumes Tuesday afternoon.

#roosevelt island
#roosevelt island tram
#tram
Do you know the scoop? Comment below or Send us a Tip
A new Gothamist is coming! We’ve moved comments over to our beta site. Click here to join the conversation and get a preview of our new website.