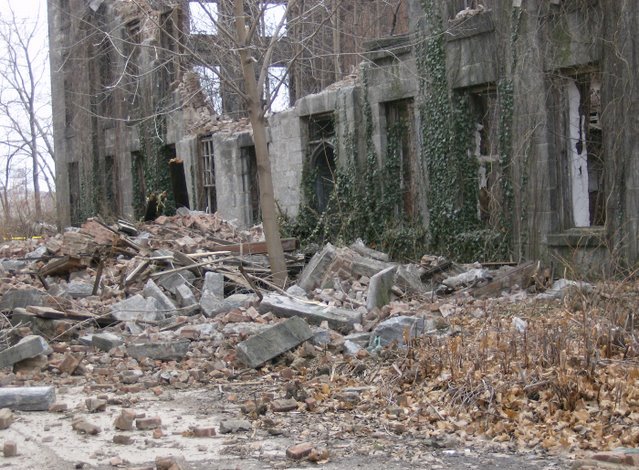 A well-known ruin is crumbling. According to Roosevelt Island Historical Society president and historian Judith Berdy, part of the north wing of the Smallpox Hospital collapsed about a week ago. She writes, "The rest of the north wing especially the front is in danger of coming down any time... [The Roosevelt Island Operation Corporation] is working with TPL, the Southpoint park developers to find a way to do emergency stabilization of the rest of the building... Please encourage RIOC to do all possible to save the rest of the building."

The ruins of the Smallpox Hospital, situated on the southern end of Roosevelt Island, are a NYC landmark. The hospital was designed by James Renwick Jr. (who also designed St. Patrick's Cathedral, Grace Church and DC's Smithsonion Institution Building) and was completed in 1856. After years of being used to house patients with smallpox and other diseases and then housing nurses, the hospital was abandoned in 1950s and quickly fell into disrepair. 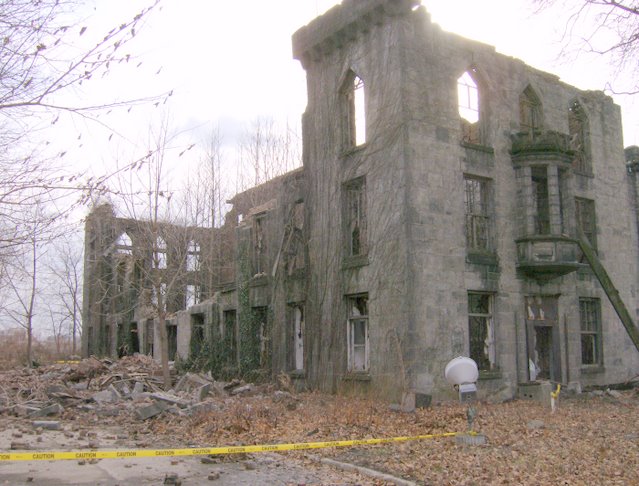 A 1988 NY Times article said that it would cost $7.25 million to stabilize the Smallpox Hospital as well as two other RI structures. More recently, in 2003, the City Comptroller recommended that the Roosevelt Island Operation Corporation "Abide by its contractual obligations and continue the process after the engineering study to ensure that it stabilizes the Smallpox Hospital," which the RIOC agreed to. And during last fall's Open House New York, tours were able to go inside the hospital.

Via Kevin Walsh of Forgotten New York, which has an extensive section about Roosevelt Island.