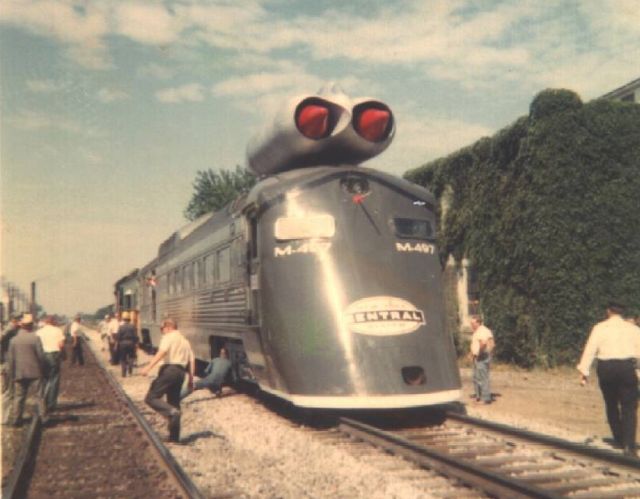 In the 1960s, New York Central Railroad invested in high speed rail and jet powered train testing, referred to as the M-497 tests. A U.S. rail-speed record of 183.85 miles per hour, which stands to this day, was set back then -- but eventually the train was scrapped for parts.

The NY Sun reports on a resurrection of sorts, however, with news of a two-hour rocket train between New York and Washington in the works. Just last week the House Transportation and Infrastructure Committee cleared the idea.

Mayor Bloomberg is scheduled to meet with one of the sponsors of the legislation, Rep. John Mica, a Republican of Florida, on Friday to discuss a proposal that would create an American equivalent of Japan's Shinkansen and France's TGV bullet trains, which can travel at speeds of more than 300 miles an hour.

"We're interested in hearing from the congressman on the idea," a spokesman for Mr. Bloomberg, Andrew Brent, said.

Currently the role of the federally subsidized Amtrak is uncertain, as the company has fallen on hard times in recent years. Their Acela train is still the fastest way by rail to get from New York to Boston and D.C., however, hitting up to 150 m.p.h at times, and generally taking just under three hours for their NYC to D.C. haul. The rocket train would cut that trip down by one hour; with rising gas prices and hassle-heavy airport travel, this could be the beginning of new era for the rails.

#acela
#amtrak
#bloomberg
#M-497 tests
#Rail
#rocket train
#spitzer
#train
#travel
Do you know the scoop? Comment below or Send us a Tip