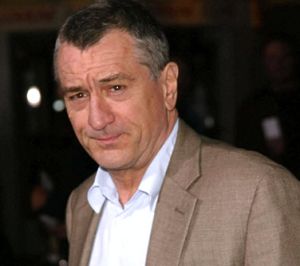 Actor, director, producer, critically reviled restaurateur, and hotelier Robert De Niro made a cameo appearance before the Landmarks Preservation Commission yesterday to defend the penthouse built atop his new Greenwich Hotel in Tribeca.

Some Tribeca residents are urging the commission to force De Niro to tear down the penthouse because its design differs from what was approved four years ago. According to the Times, De Niro pleaded with the commission to retroactively approve the penthouse: “If there are any minor little mistakes, my apologies for it, because in any creation there are those things, and we hope that they’re not in any way misconstrued as being wrong or that we can do it because we want to do it.”

But Nadezhda Williams of the Historic Districts Council said that’s a bunch of raging bull:

It might be understandable that a few mistakes had been made. However, simply put, this is not the penthouse that the commission approved. It is larger and closer to the edges of the building, and the roof line is mansard rather than hipped, making it more visible. It makes it appear more residential and fussy than industrial or a mechanical-style rooftop addition that is normally found on Tribeca rooftops.

Whoa, whoa – a mansard roof line? No wonder the neighbors are outraged! Well, not all the neighbors; De Niro’s show biz colleague Edward Burns – reveling in the sudden exposure – professed a philistine’s love for mansard roofs, telling the commission, “The building is beautiful and, for me as a layperson, architecturally beautiful.”

The Daily News has it that the local community board is urging the landmarks commission to legalize the penthouse. But the commission’s chairman sent De Niro and his design team back to drawing board to modify the penthouse and bring it in line with what was originally approved.

#approval
#Greenwich Hotel
#Hearing
#landmarks commission
#penthouse
#robert de niro
#testify
Do you know the scoop? Comment below or Send us a Tip