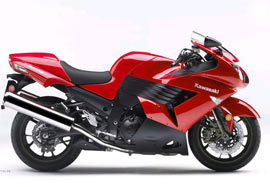 Police believe two members of the Crips killed an off-duty corrections officer yesterday morning in order to steal his motorcycle. Kenneth Duncan, who had worked for the city's correction department for 17 years, was found shot in the head outside his Remsen Village home.

According to a police source, the men approached Duncan and a friend in Duncan's garage as they were installing new exhaust pipes to his Kawasaki Ninja ZX-14 motorcycle. Duncan is described as a motorcyclist enthusiast and had been a mechanic before becoming a corrections officer.

The Post reports one of the gang members asked if the bikes were for sale, which Duncan said they weren't, only for the man to say, "Maybe we'll take them for free." Duncan, who identified himself as a correction officer, and the man both reached for guns and fired; Duncan's shots missed the man.

Police brought eleven people found hanging out a local Dunkin' Donuts into custody, but don't think Duncan's killer is among them. Correction Officers' Benevolent Association president Norman Seabrook said, "He took one shot in the face, stood for a last few moments, looked at the person he was protecting and said, 'I'm hit.'" And the Correction Department said Duncan was an "excellent officer" and told the Times, "When one of them goes home to his labor of love and ends up as a victim of a violent attack, it is just very sad.”

#correction officer
#crime
#motorcycle
#murder
#robbery
#shooting
Do you know the scoop? Comment below or Send us a Tip