Road To Reunion: NY Attorney Bonds Out Detained Mother In Arizona, While Kids Are In NYC

With at least 2,047 migrant children still separated from their parents, and a federal judge's order requiring them to be reunited with their families in 30 days, there's a major effort underway to bring them back together, despite formidable challenges. While only a handful have been brought back together so far, one New York immigration attorney is a step closer to making a reunion happen—Attorney Jose Xavier Orochena just posted bond for his client, a mother of three from Guatemala who has been detained in Arizona since May.

Orochena told WNYC's Beth Fertig last week that while his client, Yeni Gonzalez-Garcia, was in Arizona, her children, ages 6, 9, and 11, were sent to the Cayuga Center in East Harlem and have been here for four weeks. Orochena detailed how the kids are "not even part of a system. I called immigration court here in New York and I asked when are the children scheduled to go in front of an immigration judge. They told me that their system reflects that the children are still in Arizona."

Fleeing widespread gang violence in Guatemala, Gonzalez-Garcia and her children slipped into the U.S. across the border with Mexico, only to be detained in Texas and subsequently separated. Orochena credited the Cayuga Center for contacting the children's aunt in North Carolina, as well as arranging a call between the children and their mother.

Even though her son told her, "Mommy, we’re here. We’re OK, don’t worry," Gonzalez-Garcia said, "They are desperate. They want to be with me. My youngest daughter calls and says 'Mommy, I want to be with you, I don’t want to be here anymore.'"

Orochena was finally able to see the children on Wednesday and revealed they have been staying with a foster family and going to the Cayuga Center during the day.

Attorney Jose Xavier Orochena finally got to meet his clients today after a month: 3 young children separated from their mom at the US border and staying in a NYC foster home. Tune in @WNYC to hear more later pic.twitter.com/D2bE5wQ0r8

Yesterday, Orochena, accompanied by WNYC's Beth Fertig and other reporters, headed to Arizona to post bond for Gonzalez-Garcia.

NY lawyer Jose Orochena in Eloy, AZ. He’s about to bond out Yeni Garcia Gonzalez, a Guatemalan mom whose 3 young children were sent to NYC when they were detained at the border under Trump’s #ZeroTolerance. NY donors provided the money. @WNYC

#YesWeDid! Paid $7,500 raised via @gofundme in just 2 days. We received the finalized bond paperwork this afternoon at 2:11 PM local time, and were told she's approved for release today. https://t.co/SOwTIUjoPu

Freedom. Yeni Garcia-Gonzalez is released from ICE detention, en route to Phoenix with her lawyer. She says she’s thinking about her 3 children in NYC foster care. They’ve been apart 43 days since she was detained crossing the border @WNYC pic.twitter.com/y7ZTvc7pa1 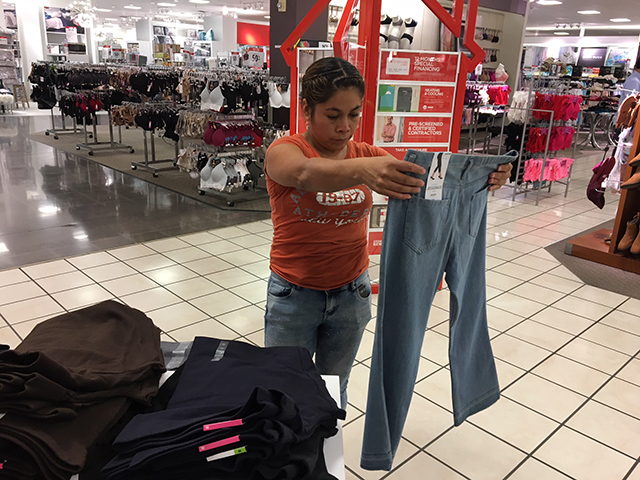 According to Beth Fertig's report on Wednesday, "Orochena said Garcia-Gonzalez plans to pursue an asylum claim. But he's not sure if the kids can be released to her within the new court-ordered 30 days because there's so much red tape, including a thorough background check. He said it would probably be faster to release the children directly to their aunt in North Carolina, because she's already near the end of the same process to become a sponsor. The mother could then join the children and their aunt and wait in North Carolina for her asylum hearings."

For now, Gonzalez-Garcia will be on the road to New York—and, hopefully, her children.

Yeni Gonzalez-Garcia with a volunteer who will drive her part of the way to NY now that she’s released from @ICEgov detention. Different people are taking turns driving to reunite her with her 3 children who were sent to a foster agency in NYC by the government @WNYC pic.twitter.com/LzOg0jIVR7

Stay tuned for more: Follow Beth Fertig on Twitter; she gave an update on Friday afternoon (listen here) and her report will air on Tuesday.

#immigration
#migrant children
#separated children
#zero tolerance policy
Do you know the scoop? Comment below or Send us a Tip
A new Gothamist is coming! We’ve moved comments over to our beta site. Click here to join the conversation and get a preview of our new website.