A Department of Correction captain at Rikers Island was arrested Friday and charged with sexual abuse of a fellow officer, as the jail continues to struggle to bring an epidemic of abuse and assault under control.

According to a criminal complaint provided by the Bronx DA's office, in January 2016, Timothy Cowen, 33, a captain at the George R. Vierno Center at Rikers, accosted a junior female officer and groped her repeatedly. Cowen also, the female officer alleges, made demeaning comments about her physical appearance and demanded that she "Give me some love."

A press release from NYC Department of Investigation, which made the arrest, states that the female officer promptly reported the incident. Cowen was subsequently reassigned. DOC would not comment on the nature of his reassignment. Cowen was suspended from his position Friday.

In the DOI release, Commissioner Mark Peters tied the case to the August arrest of another Rikers officer on rape charges. "We will not tolerate lawlessness on Rikers Island," Peters said. "As the City’s independent Inspector General, DOI takes these allegations of sexual misconduct seriously and its Inspector General for DOC is focused on this important and concerning issue."

The August case involves officer Jose Cosme, 36, who is accused of engaging in sexual intercourse and other sex acts with a female inmate at Rikers’ Rose M. Singer Center in November 2015. Under state law, individuals in correctional custody are not capable of consenting to sex with corrections employees. 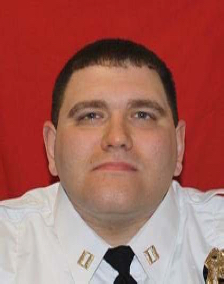 According to the DOI, Cowen has been employed at DOC since 2007.

Randolph McLaughlin, who is co-chair of the civil rights practice group at the law firm Newman Ferrara and is representing another inmate who has alleged he was sexually assaulted by a guard at Rikers, said that the allegations against Cowen are part of a much larger problem at the jail complex.

A spokesperson for the Department of Correction noted Cowen's suspension and said Correction Commissioner Joseph Ponte continues to strive to improve conditions at Rikers. "Commissioner Ponte has zero tolerance for sexual abuse and assaults of staff and inmates," the spokesperson wrote in an email. "The vast majority of our officers carry out their duties with care and integrity, and we are taking many steps to ensure that all staff adhere to the highest professionalism."

The Correction Captains’ Association did not respond to a request for comment on the case.

McLaughlin said he doesn’t think it’s possible for the city to reform Rikers. “Rikers Island needs to be closed,” he said. “It’s an island unto itself.”

#rikers
#Rikers Island
#sexual abuse
Do you know the scoop? Comment below or Send us a Tip