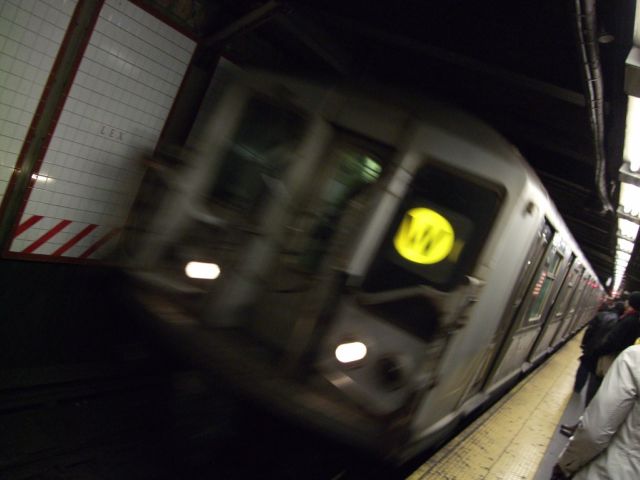 With the MTA's budget deficit now being projected at 1.2 billion (after an original prognosis of 900 million), the Daily News has learned that a report to be released Thursday will include what some are calling "Doomsday" cuts. The big one for many commuters is the elimination of the W line.

Councilman Peter Vallone Jr. wasted no time in jumping in on the talk of getting rid of the W. "Astoria is one of the fastest growing neighborhoods in the city...To cut the only service to this neighborhood in half would be like choking the breath out of this community," Vallone said.

Among the other cutbacks being rumored:

On how much that fare hike might be, Gene Russianoff of the Straphangers Campaign said, "I can't give you an exact number, just the adjective: whopping. It would be a huge fare hike for the public."

The MTA released an official statement in response to how they will address the deficit come Thursday:

"We will not comment on the specifics of gap closing measures until the budget is presented to the MTA Board on Thursday morning. As we have said previously, plummeting tax revenues have increased the MTA's deficit to $1.2 billion. The MTA began belt tightening long before the current financial crisis, and budget cuts start with further significant administrative and managerial cuts. The size of the deficit will also require a combination of fare/toll increases and service cuts, which will be presented on Thursday. We await the release of the Ravitch Commission recommendations in December and hope they will be implemented to restore financial stability to the MTA."