Great news for people making more than $394,000 every year: you're God's chosen people! Even better news: the Great Recession has barely put a dent in your earning potential. According to a study [PDF] conducted by an economist at UC Berkeley, the top 1% of earners increased their income by 31.4% from the years 2009 to 2012. This means that 95% of the economic gain during that three year period went to the top 1% of earners. The other 99% saw a growth of 0.4% over the same time period.

"These results suggest that the Great Recession has only depressed top income shares temporarily and will not undo any of the dramatic increase in top income shares that has taken place since the 1970s," writes the author of the study, Emmanuel Saez. 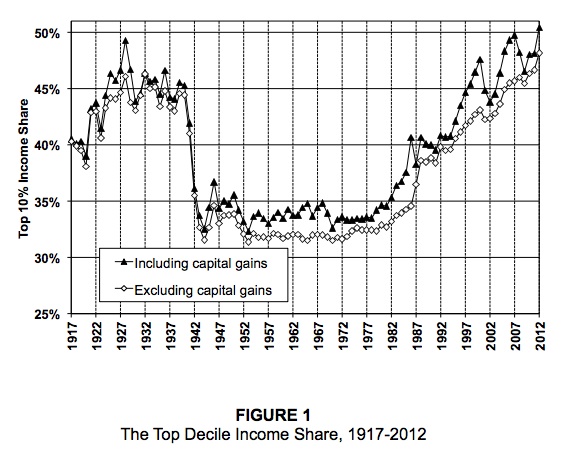 In related news, that whole "Tale of Two Cities" thing was a big misunderstanding.

#1%
#income inequality
#rich people
#wealth
Do you know the scoop? Comment below or Send us a Tip