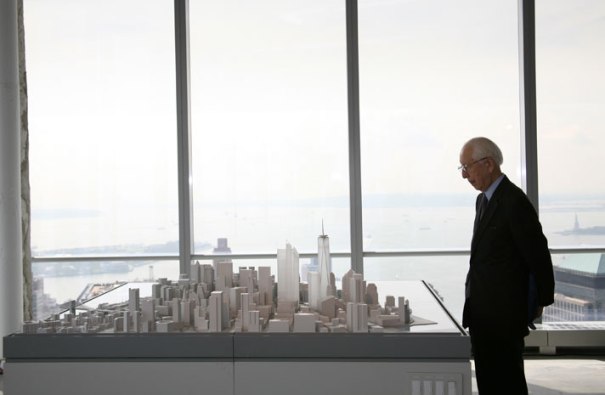 Five days before the sixth anniversary of the 9/11 attacks, developer Larry Silverstein released yet another round of renderings of the three Greenwich St. towers that will rise along the eastern edge of the 16-acre World Trade Center site. The final designs were unveiled yesterday at 7 World Trade Center. The buildings are scheduled to begin construction in January.

The three towers’ new designs, described in a press release as “refined and more detailed architectural plans,” take into account the newly-created pedestrian thoroughfares along Cortlandt and Dey streets, the WTC Memorial, the WTC Transportation Hub and the Fulton Street Transit Center. 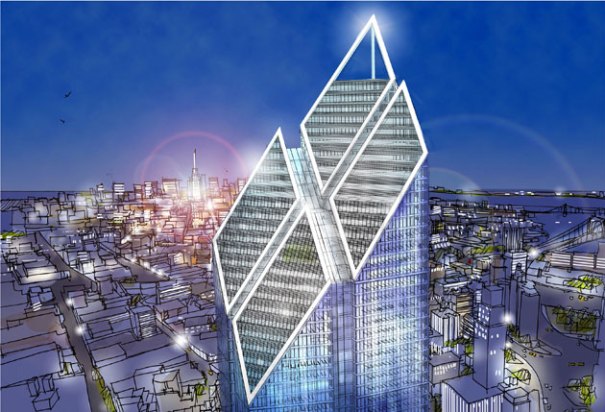 Tower Two (conceptual drawing above), Norman Foster’s 79-story crystalline building with four light-filled "blocks," is scheduled for completion in 2013. Tower Three, designed by Rogers Stirk Harbour and Partners, is 71 stories and uses a structural load-sharing system of diamond-shaped bracing which, the architects claim, articulates the building’s east-west configuration - we admit that we're not sure what that means. Tower Four, designed by Fumihiko Maki (top photograph, observing a model), is 64 stories and is known as the “minimalist” tower that achieves an “abstract sculptural presence, quiet with dignity,” according to the release. The latter two buildings will be completed in 2012. 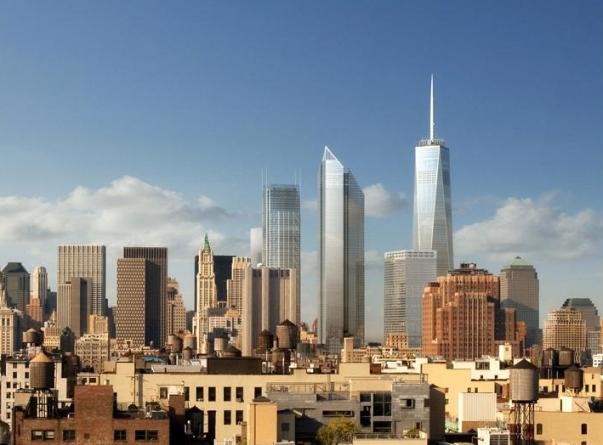 In related news, the Port Authority said it will not clip the wings of Santiago Calatrava’s transit hub at the WTC site. The pair of wings, located on the roof, will open and close to ensure light hits the main floor. Costs for the $2.2 billion transit hub have risen $500 million and $1 billion over the first estimate, according to the NY Post.

From top: Photograph of Fumihiko Maki by Joe Woolhead; conceptual drawing of Tower 2 by Foster and Partners; and bottom rendering by dbox. All images are courtesy of Silverstein Properties