Notorious Manhattan landlord Steve Croman was arrested this morning along with his mortgage broker on felony fraud charges for allegedly inflating rents on loan applications.

Croman and broker Barry Swartz both face as many as 25 years in prison.

Croman, so loathed by tenants that his tactics of noxious renovations and aggressively evicting and seeking buyouts from rent-stabilized tenants sparked the formation of the first landlord-specific tenant union since the 1980s, is also about to be sued for alleged tenant harassment by state Attorney General Eric Schneiderman. Schneiderman's office has been investigating Croman for two years.

The lawsuit is supposed to cite threats and intimidation by Croman's hired gun, ex-cop and "tenant relocation specialist" Anthony Falconite, and serial dangerous construction in violation of city health and buildings department orders, including repeated instances of work that exposed tenants to lead dust.

"My message to unscrupulous landlords is simple: if you put your own profits over your tenants’ legal protections, we will investigate you and prosecute you to the fullest extent of the law," Schneiderman said in a statement. "My office will not tolerate anyone who attempts to line their own pockets by gaming the system. No one is above the law—no matter how rich or powerful."

Croman and Swartz turned themselves in to police this morning. Croman is facing 20 felony counts, including grand larceny, falsifying business records, tax fraud, conspiring to defraud, and offering a false instrument. Swartz, of the high-powered real estate finance firm Pergolis Swartz Associates, is facing 15 felonies, including grand larceny, falsifying records, and conspiring to defraud. The two are accused of jacking up rents on rent rolls, by listing as market-rate apartments that were actually rent-stabilized, and high-balling commercial rents, in order to get seven refinancing loans worth over a million dollars each between 2012 and 2014. Croman is also accused of filing false permits with the Department of Buildings, and failing to pay payroll taxes in 2011. 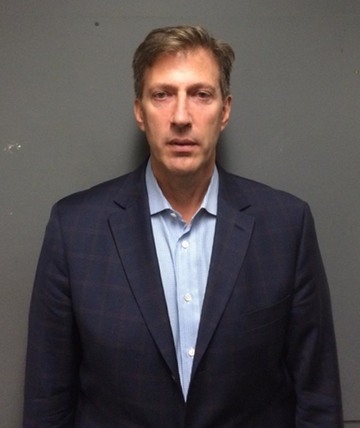 Croman owns 140 buildings throughout Manhattan, according to the Attorney General's Office, and has been accused of harassing rent-stabilized since the mid-1990s. He first acquired buildings downtown, in Chinatown and the East Village, but now also has holdings in East Harlem and elsewhere. The civil suit that the state is planning to file outlines the kind of alleged high-pressure apartment-flipping tactics Croman is better known for. The allegations include:

An organizer with the group Movement for Justice in El Barrio, which has been organizing 360 tenants of 13 Croman-owned buildings in East Harlem, praised the attorney generals' moves.

"We feel that it’s a long time coming. We are very happy that this has occurred," organizer Juan Haro said. "We believe that this is the result of tireless efforts of the tenants that live in these buildings themselves."

Haro said that tenants aren't sure what comes next, but they're planning a party in the neighborhood this weekend.

At a press conference this afternoon, Schneiderman said he hopes that through the civil case he can get Croman's buildings put in receivership.

"No one can visit any one of these buildings and come away with anything than anger and disgust at this situation," Schneiderman said. "We're seeking to get a receiver appointed to take over to remediate the conditions, to follow the laws that all responsible landlords follow...This case is bad enough that these guys should not continue to be allowed to manage these buildings."

Haro said that the fact that it took the attorney general to act, despite numerous alleged (and not-so-alleged) instances of harassment and violations of the building and health codes, shows the weakness of existing anti-harassment laws and of code enforcement by city agencies. Receivership, he said, would be ideal.

"Hopefully this isn’t just him being put on notice," Haro said. "New York City needs to see him lose control of these properties."

Schneiderman acknowledged the difficulty of building tenant harassment cases against the landlord himself, saying, "It’s hard to make a criminal case of harassment, which is why our team really dug in on this bank fraud issue, which is not something that’s not been pursued in the past."

Croman's son Jake recently made headlines after video surfaced of him calling an Uber driver a "minimum-wage faggot," and saying, "You're working all night! Guess what? I'm gonna sit on my ass and watch TV. Fuck you!"

Croman is being represented by Ben Brafman, the big-shot lawyer representing Mayor Bill de Blasio and former NYPD chief of department Philip Banks in the FBI investigation into possible corruption in the police department and the Mayor's Office, as well as hated pharmaceutical executive Martin Shkreli, accused of securities fraud.

In a statement, Brafman said, "Mr. Croman has entered a plea of not guilty. The charges in this case are defensible and Mr. Croman intends to address all issues in a responsible fashion. The criminal charges have nothing whatsoever to do with allegations relating to tenant harassment."

Swartz's lawyer Laura Brevetti said, "We will vigorously defend these charges and we’re very confident that he will be ultimately vindicated."

A woman who answered the phone at Croman Real Estate said, "We have no comment for anything." The voicemail at a second number she suggested calling was full.

A woman who answered the phone at Pergolis Swartz Associates, when told a reporter was seeking comment about Swartz's arrest, said, "No, no thank you," and hung up.

Falconite did not immediately return a voice message left at a home number listed for him.