Sure, there were dozens of city, state and federal agencies on hand to protect Pope Francis, not to mention eight-foot fences and concrete barricades. But all that security was barely sufficient to stop a retired NYC firefighter who used his old FDNY badge to try to gain access to the Holy Father.

According to the Post, "Christopher Cannella, 39, pulled into the airport in his black Chevy Tahoe SUV around 6 p.m. Saturday and was able to blend in with not one but two Secret Service-filled caravans of foreign dignitaries in town for the UN summit, sources said." Cannella, who was driving a Chevy Tahoe, much like the entourage of the president of Turkmenistan, had used his badge to get onto the tarmac.

Of course, this was not a foolproof plan, because it turned out Pope Francis left at in the morning—and because there was more screening. NBC New York reports, "The retired firefighter was stopped by detectives as he sat outside a second checkpoint and asked why he was following the motorcade. Cannella allegedly said he wanted to give the pope his business card and that he wanted to meet with world leaders to affect change." He also claimed that he had been let in by another Secret Service agent. 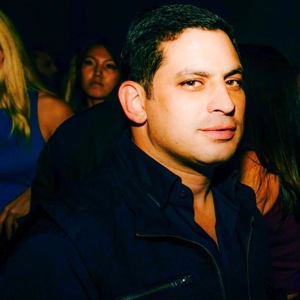 Cannella was arrested and allegedly got physical. The Daily News reports, "After he was arrested, Cannella broke a chair and threatened to bash a detective with it inside a police interrogation room at JFK, court records show. 'I can hurt you really bad with this,' he told a detective, according to the complaint."

Further, when police looked into his car, they found "a magazine from a 9-mm. pistol with five hollow-point rounds inside, a single rifle round, two walkie-talkies, several ear-pieces, a laptop, a cell phone, a suit, and a pen shaft that had been cut in half" and a "foot-long hunting knife," according to the Daily News' sources—plus "a small amount of marijuana and other drugs."

He was charged with criminal impersonation, criminal mischief, unauthorized possession of ammunition, criminal trespass and pot possession and had his bail set at $500,000. His lawyer told DNAinfo it was all NBD, "This is like a trespass case," and said the authorities were "paranoid" because of all the dignitaries in town.

However, per Fox DC, "Prior to the incident in New York, investigators say that they believe Cannela snuck into the Basilica of the National Shrine of the Immaculate Conception during a mass held by Pope Francis in D.C. They believe he used his retired NYFD badge to gain entry."

One Long Island neighbor told the Post, "This is really unexpected because he just seems like a normal guy from the neighborhood," but another told the Daily News that he seemed "off" recently.

#arrest
#christopher cannella
#criminal impersonation
#jfk airport
#pope francis
Do you know the scoop? Comment below or Send us a Tip