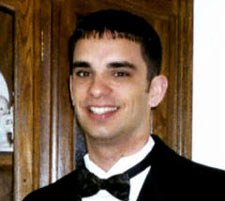 The idea sounds preposterous at first, but a pair of retired NYPD detectives believes that a gang of serial killers are responsible for the deaths of at least 40 young men across 11 states.

All of the deaths have previously been determined accidental drownings, but Kevin Gannon, who worked the case of Patrick McNeill's disappearance 11 years ago, and Anthony Duarte believe that the Fordham Univ. student was one of the earliest victims of a loosely affiliated gang of serial killers who ritualistically killed men and dumped their victims in bodies of water.

McNeill disappeared after leaving an Upper East Side Bar in Manhattan in 1997. Less than two months later, his body appeared floating in the harbor near Bay Ridge, Brooklyn. After examining tidal patterns and currents in dozens of similar cases, Gannon believes he has located the points of entry of many bodies. Linking many of them are a series of similar smiley face graffiti symbols. Gannon doesn't believe they are a coincidence and some family members of victims agree.

Sara Lightner, whose brother's body was found in the Mississippi River five years ago, says she believes the disappearrances begin as targeted kidnappings. He brother, she tells me "was abducted, thrown into a vehicle, was tortured ... for hours then murdered and placed in the water."

A professor working with the pair believes it's far-fetched to think that so many young men would leave bars and accidentally drown themselves. The mother of Patrick McNeill agrees and hopes that the NYPD will re-open the investigation of her son's death. A NYPD spokesman told WCBS News that they were unaware of any new information regarding the death of Patrick McNeill.

Photo of Patrick McNeill from the AP