The more than 120,000 voters improperly purged from Brooklyn's voter rolls seem to have been disproportionately Hispanic, and from neighborhoods with large Hispanic populations. WNYC, which first reported the illegal purges ahead of April's presidential primary, obtained the raw registration data that shows 13.9 percent of voters in Hispanic-majority election districts were taken off the voter rolls, compared to 8.9 percent of voters in all other election districts. By another measure, the purges affected 15.2 percent of voters with last names deemed by the Census to be common to Hispanic people, compared to 9.5 percent of other voters.

When the purge was made public and voters encountered widespread problems at the polls on Primary Day, city Board of Elections director Michael Ryan said, "No one was disenfranchised." As aggrieved voters and observers continued to produce evidence of disenfranchisement, and investigations were opened by the city and the state, Ryan acknowledged that there were irregularities and said they were the outcome of two misguided mailings by the BOE's Brooklyn office staff.

The purged voters, he explained, were supposed to have been sent notices that they were being rendered inactive after having not voted in two consecutive presidential elections. In that scenario, voters' names would not have appeared in poll books on Primary Day, but they would have been able to have their votes counted if they submitted an affidavit ballot. Instead, Ryan said, they were removed from the voter database entirely.

Testifying before the City Council in May, Ryan told Councilmembers the purge affected "a broad cross-section of voters."

WNYC's finding, that Latino voters were affected 60 percent more than any other group, disturbed 12-term Congresswoman Nydia Velazquez, whose district overlaps with the most affected areas (Bushwick, East New York, parts of Williamsburg, and Sunset Park).

"I do not want to think that it was deliberate, you know, because that would be voter suppression, and at a time when the Voting Rights Act is under attack in Washington, to have this type of action in a city and state like New York, a Democratic city, it’s just beyond any comprehension," Velazquez told the radio station. 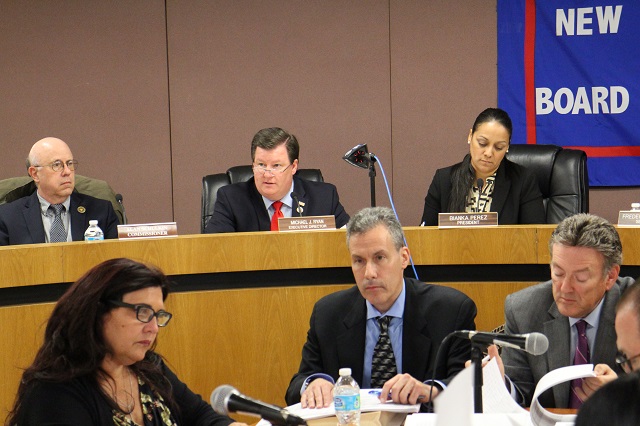 The 2013 Supreme Court decision in Shelby County v. Holder struck down the portion of the Voting Rights Act that required jurisdictions with a history of racial discrimination, including Brooklyn, Manhattan, and the Bronx, to clear any changes to the electoral process with the federal government.

"With respect to the purge, there was clear employee error on a misinterpretation of the law, and it’s difficult for me to say whether [the stricken section of the law] was still intact whether that mistake still would have occurred," Ryan told Velazquez at a panel discussion on the Voting Rights Act. "A mistake is a mistake."

For more on WNYC's findings, check out this map of purge data.

Ryan has said that all those who were improperly removed from the voter rolls, including those in the other four boroughs, should be restored in time for next Tuesday's congressional primary. Seven districts have contested Democratic races, including Velazquez's, though her opponents are long shots.

Generally speaking, the congressional districts with primaries are in Whitestone; southeast Queens; Chinatown, South Brooklyn, Bushwick, Ridgewood, and Woodhaven; lower Manhattan and the West Side, the Lower East Side up to the Upper East Side, Harlem up to Fordham Hill in the Bronx, and the South Bronx up to Belmont.