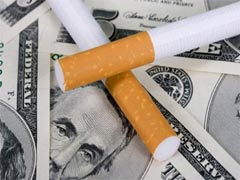 A member of the House Committee on Homeland Security will be releasing a report that alleges cigarettes sold on Indian reservations ultimately help fund Hamas and Hezbollah.

The report, "Tobacco and Terror," from the staff of Republican Representative Peter King, illustrates how bootleggers could buy tons of cigarettes from Indian reservations, where cigarettes are not taxed. Here's a sample sentence from the report: “A motivated terrorist cell could generate sufficient funds to carry out another Sept. 11th style attack, which operational costs were estimated to be $500,000.”

King wants Governor Paterson to end Indian reservations' tax-exempt status, pointing out that the cigarette black market could grow even hotter after the extra $1.25 cigarette tax that will go into effect in June. King told WNBC 4 there's "No such thing as a free ride, a free meal or a free cigarette...You’re getting that cigarette at a much-reduced price; be concerned the profits are going to fund America’s enemies, Hamas and Hezbollah.”

State lawmarkers will debate the cigarette tax-on-reservations situation today. If taxes were reinstated, the state would generate almost $900 million in revenue.

#cigarettes
#governor paterson
#indian reservations
#peter king
#taxes
#terror
Do you know the scoop? Comment below or Send us a Tip