Report: After Peaking This Year, Construction Will Decline into 2010 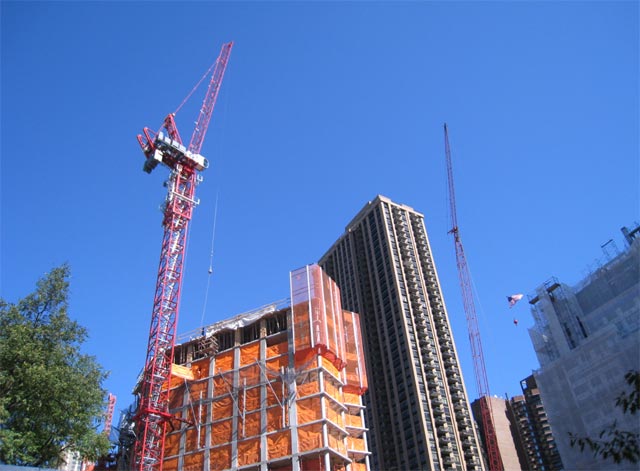 There's some doubt about the projections for 2009 and 2010; the NY Times notes that "Few if any real estate and construction executives believe that JPMorgan Chase will build a new tower downtown, at Greenwich and Cedar Streets." Also, Vornado has suspended plans for the MLB headquarters in Harlem and calls its office tower plans over the Port Authority Bus Terminal "dormant." And government agencies could scale back their plans.

The NYBC is concerned about construction worker employment possibly falling 23%. NYBC president Richard Anderson said, "Many of the new jobs have been filled by people from outside of the city, perhaps on a temporary basis. So in some cases, the dislocation will not be to the resident workforce. But in other cases it'll lead to unemployment. And that's a major concern.''

#building
#construction
#New York Building Congress
Do you know the scoop? Comment below or Send us a Tip