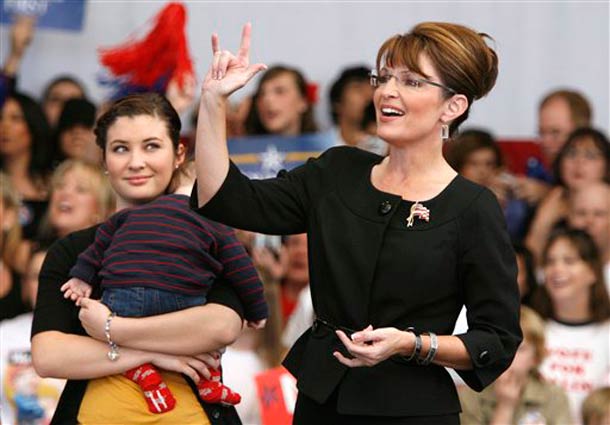 Based on financial disclosure records, Politico reports that the Republican National Committee apparently spent over $150,000 to "clothe and accessorize vice presidential candidate Sarah Palin and her family since her surprise pick by John McCain in late August." Some of the expenses: $49,425.74 in Saks Fifth Avenue bills in St. Louis and New York; $75,062.63 at Neiman Marcus in Minneapolis; $789.72 at Barney’s New York; $5,102.71 at Bloomingdale’s in New York; and $4,716.49 in hair and makeup. 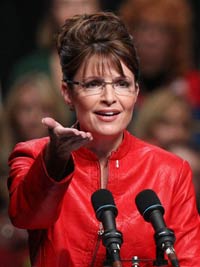 A McCain spokeswoman only responded to Politico's questions with, "The campaign does not comment on strategic decisions regarding how financial resources available to the campaign are spent," but later another spokeswoman said, "It was always the intent that the clothing go to a charitable purpose after the campaign."

Previously, candidates' expensive habits have been criticized and ridiculed, notably John Edwards and his $400 haircuts. And during the Republican National Convention, Cindy McCain's outfit was estimated out to cost at least $3,000 in clothing and almost $300,000 in jewelry and accessories. Palin, though, has staked a claim to being a regular hockey mom and a representative of Joe SIx Pack.

In other Palin-related expense reporting, the Associated Press reports, "Gov. Sarah Palin charged the state for her children to travel with her, including to events where they were not invited, and later amended expense reports to specify that they were on official business." Expenses include plane tickets for her daughters to see Todd Palin compete in a snow mobile event and "a trip to New York, where the governor attended a five-hour conference and stayed with 17-year-old Bristol for five days and four nights" at the luxury Essex House hotel.

#clothing allowance
#clothing expenses
#fashion
#mccain
#Republican National Committee
#sarah palin
Do you know the scoop? Comment below or Send us a Tip