Report: 1 In 20 NY Workers Get Paid Less Than Minimum Wage

Five percent of New York workers were paid less than the minimum wage between 2013 and 2015, according to a recent analysis of federal data.

The report, by the union-backed Economic Policy Institute (EPI), analyzed data compiled by the Bureau of Labor Statistics and the Census Bureau. Its authors found that among the 10 most populous states, New York has the third-highest rate of minimum wage violations, after Ohio and Florida.

In all, 2.4 million workers in the 10 most populous states lost $8 billion annually to minimum-wage violations, an average of $3,300 per year for year-round workers, according to the report. The analysis excludes workers whose occupations are specifically exempted from minimum wage requirements, such as newspaper delivery workers, telephone operators, and seasonal farm workers.

The authors note that, if extrapolated, the amount stolen from low-wage workers by their bosses in a year would likely exceed the $12.4 billion lost to property crime in 2015.

"For lawyers who represent victims of wage theft, these numbers are not surprising," said labor lawyer Ben Dictor of the firm Eisner & Dictor. "The government would never tolerate a crime of this magnitude if the victims were the wealthy business owners instead of the working class."

It can be that someone is getting paid on a weekly basis and their effective hourly wage is less than the minimum wage. It can happen through under-the-table arrangements, or where workers are misclassified—told they’re independent contractors and they should be a regular employee. It can be someone at a retail store being asked to come in and set up a retail station half an hour before their time clock starts running. People may not realize that that’s a violation and that they can file a complaint if they have documentation.

New York's high ranking owes in part to its large population of immigrants, who make up a significant portion of the low-wage workforce and are particularly vulnerable to wage theft.

"Immigrants are uniquely susceptible to this kind of activity because employers know that immigrants are less likely to speak out," Cooper said. Even documented immigrants may be reluctant to go to the authorities, he said, for fear that it will jeopardize their status, or that of family and friends.

Tipped workers are also especially likely to suffer minimum wage violations because of the complicated structure of their minimum wage, which allows employers to pay them hourly rates below the regular minimum wage provided the tips make up the difference, according to EPI. Employers are supposed to reimburse the difference if workers fall short, but it is largely up to the workers to police this, which involves closely tracking their hours and tips.

The report says that the resources the feds commit to wage enforcement have steadily declined over the past 70 years, leaving the U.S. Department of Labor with 1,000 investigators, about the same number as it had in 1948, even though the workforce has grown nearly sixfold in that time. Nationally, some states don't have labor departments at all, and some of those that do have them have anemic enforcement, according to EPI.

A recent paper by Northwestern University professor Daniel Galvin analyzed states' wage theft enforcement and ranked New York's laws in the top half of states in terms of effectiveness, but not near the top. New York has a Department of Labor and civil and criminal penalties for wage theft, including double damages for workers who win claims for minimum wage violations. As regulations go, laws that carry triple damages for wage theft have the strongest deterrent effect, Galvin found. 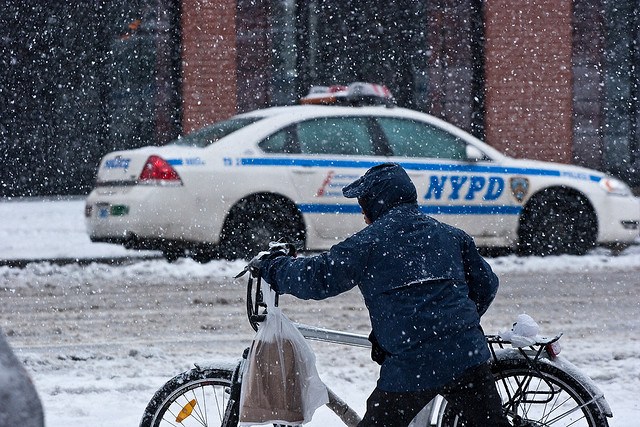 Wage theft has a variety of unseen effects on society and the economy, Cooper said, beyond the obvious.

"Everyone should get paid for all the hours that they work," he said. "If they’re not, that’s wrong morally."

What's more, he said, businesses who underpay workers undercut other businesses that are playing by the rules; force workers to rely more on public assistance, leaving taxpayers unfairly burdened; and leave the affected workers with less to put back into local economies.

On the federal level, wage enforcement does not appear to be a priority of the Trump administration. In one of his first acts as president, Trump revoked Obama's 2014 Fair Pay and Safe Workplace executive order. The order was in response to an audit that found that companies with histories of chronic safety and wage violations were reaping millions in federal contracts. It aimed to keep the worst offenders from getting further contracts by adding a checklist of requirements to the procurement process.

Trump's federal hiring freeze has worker advocates concerned that the Labor Department's wage enforcement ranks will shrink further, as a quarter of the agency's field employees are eligible for retirement.

Trump's history as a businessman offers additional indications that he takes a dim view of labor protections. Trump and his businesses have been sued at least 60 times and hit with hundreds of liens, judgments, and other filings containing accusations of failure to pay people for their work, according to a USA Today report. His companies have also been cited for 24 violations of the Fair Labor Standards Act since 2005 for failure to pay overtime or minimum wage, the report said.

Trump's signature building, Trump Tower, was made possible with the help of undocumented Polish laborers who accused Trump of stiffing them to the tune of hundreds of thousands of dollars.

The troubling reports extend to his and his family's dealings overseas, as well.

A Chinese factory that produces clothes for Ivanka Trump's clothing line pays workers as little as $1 an hour, according to a recent audit. And a 2016 Vice News segment showed the immigrant workers building a Trump-branded golf resort in Dubai living in squalid labor camps. The workers reported that they had been tricked into the jobs and had their passports confiscated as part of what Human Rights Watch said looked like a human trafficking network. Trump's sons attended the course's opening in February.