Rentboy CEO Indicted As Coworkers' Fates Remain Up In The Air

Brooklyn federal prosecutors have indicted the former CEO of an international male escort website on charges of money laundering and promoting prostitution. The indictment comes five months after the Department of Homeland Security-led arrests of Jeffrey Hurant and six colleagues at Rentboy, a site that had operated out of New York City for 18 years.

"The government’s charges are unwarranted," Hurant's lawyer Noam Biale said in an emailed statement. "Mr. Hurant ran his business openly for nearly 20 years, and it makes no sense to single him out for criminal prosecution. Mr. Hurant plans to contest the charges and looks forward to full vindication at trial."

The website allowed escorts to post paid ads describing their physical characteristics and bedroom preferences, but in a bid for legitimacy, site managers instructed advertisers to list rates for their time, rather than dollar amounts for specific sex acts. U.S. attorneys say that the site brought in 500,000 visitors a day and grossed $10 million from 2010 to 2015. Since the initial arrests and seizure of Rentboy computers and bank accounts in late August, the codefendants have all been pushing back their court dates as they negotiate with prosecutors, court records show, suggesting that they may be trying to arrange plea deals. (This is probably a prudent course of action as federal statistics show that the Brooklyn U.S. Attorney's Office had a conviction rate of 95.5 percent in fiscal year 2014, due in part to its large investigative resources.)

In a statement on Facebook in October, Hurant, who goes by the name Jeffrey Davids, wrote that his lawyers had advised him not to comment on the case, but that with his assets frozen he needed legal funds.

"This ordeal has been devastating for me, my family, my ex-employees and all the people my company has helped through the years," he wrote. "I am very grateful for all the support I have gotten from friends far and wide throughout the crisis. I count my blessings every day."

The substance of the allegations against Hurant didn't change much in his indictment—he's still accused of running Rentboy, which the feds argue was an illegal enterprise, its profits illicit—but the charges against him have expanded. He now faces one count of promoting prostitution, which can carry as many as five years in prison, and two related to money laundering, carrying as many as 20 years each.

The raid on Rentboy provoked a backlash among gay and sex work activists, civil libertarians, and institutions as buttoned-up as the New York Times, all condemning the federal government devoting resources to a platform they said empowered sex workers and protected them from trafficking.

"It’s like something out of the last century: an elaborate federal prosecution over consensual sex," said local activist Bill Dobbs. "I hope the U.S. Attorney’s Office will drop this case and pay a lot more attention to the Eric Garner chokehold death in NYPD custody." 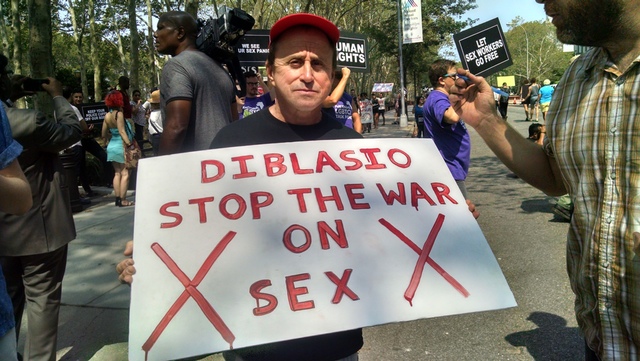 Allen Ruskoff, president of the Jim Owles Liberal Democratic Club, likened the Rentboy crackdown to the anti-gay police raid at Stonewall Inn that lead to the historic Stonewall riots. "This is an updated, digitized raid just like Stonewall."

In Hurant's indictment, prosecutors apparently sought to counter the narrative of Rentboy's business as victimless crime by including details that, while lurid, do not seem specifically relevant to the crimes alleged.

In particular, the document focuses on emails that prosecutors say show Rentboy management's blasé attitude toward listings for underage boys, and towards coercion by pimps managing advertisers. In one instance, an unnamed Rentboy employee describes a single-person escort agency working with Rentboy as a "guy who brings in 10-12 boys/year to pimp out here." Another agency was allegedly run by three Hungarian men who in 2014 were arrested and charged with luring men from Hungary to New York and Miami and enslaving them, forcing them to turn tricks for as many as 20 hours a day. An email from an unspecified Rentboy employee purportedly reads, "I highly doubt [the victims] are 'Sex slaves.'"

Prosecutors also paint a picture of allegedly inconsistent age verification by website administrators, particularly for advertisers in Asian countries, who were allowed to sign up for free to encourage site use there. The feds say employees routinely complained to managers about young looking advertisers, to no avail. One manager allegedly wrote: "In Asia ok to approve them…unless you see a baby… :)" 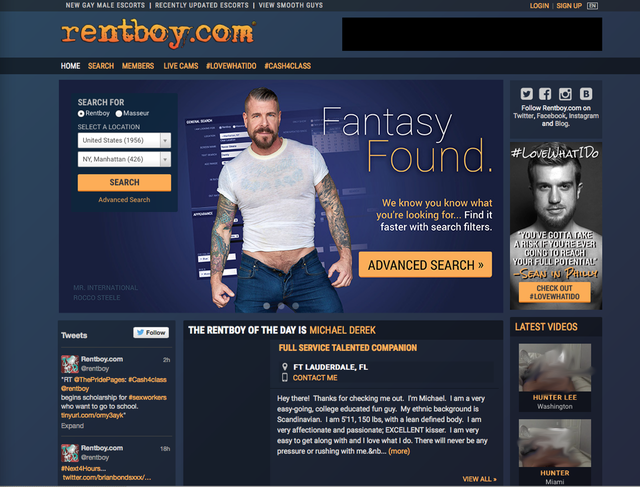 Dobbs takes issue with the way these accounts were inserted into the charging document, noting that Hurant was never accused of cooperating with the Hungarian operation or facilitating underage sex trafficking.

"The feds are responding to the criticism of this case by pushing extraneous inflammatory material into the indictment that has little to do with the actual charges," he said.

The status of Hurant's codefendants, and whether they're planning to cooperate against him, remains to be seen. A U.S. Attorney spokeswoman told Reuters that the criminal complaint against them is still pending. James Roth, lawyer for former Rentboy ad sales rep Clint Calero, told the wire service he hopes the indictments mean prosecutors have "acknowledged the merits of our defenses and that we will enter into a non-prosecution agreement."

Joyce David, lawyer for former Rentboy social media manager and accused escort Edward Estanol, said that the case has little to do with harm and a lot to do with the more than $1.5 million the feds are trying to seize from Hurant, Rentboy, and the affiliated companies they used to do business.

"From the beginning they were interested in going after a lot of money," David said "I think it’s a total waste of resources. There are more important things going on in the world."

The investigation was begun under then-U.S. Attorney for the Eastern District of New York Loretta Lynch. She has since been appointed the country's U.S. Attorney, and in that capacity, has lied about the number of child sex traffickers netted by an annual FBI sting operation.

David said she had not gotten to the point of discussing possible cooperation with federal prosecutors, but that from her understanding, everyone is negotiating and interested in some sort of non-prosecution agreement. She said that the looming charges are stressful but, "I think my client is handling it all very well. He has a good positive outlook on life."

She said Estanol remains working in a restaurant and "the entertainment field," and criticized the government for trying to paint escorts as at once victims and criminals:

When these arrests happened, I happened to live in a neighborhood that’s gentrifying, and we had all these shootings happening, every night. I made the comment on a neighborhood Facebook group: "Well at least your neighborhood is safe from gay escorts."