"Check out the NEW FRONTIER!" this East New York rental listing screams. "Come claim your LOT." Sure, it may be lonely for settlers braving this empty new frontier, but the Gentrification Homestead Act of 2014 promises every plucky pioneer a fresh new start.

Curbed first noticed the 1 and 2-bedroom units at 577 New Lots Avenue, which appears to have gotten a new coat of paint since its Street View photo was taken.

"The response has been tremendous," real estate agent Robert Earl tells us, adding that the building will be opening next week. "Everyone is heading East!" 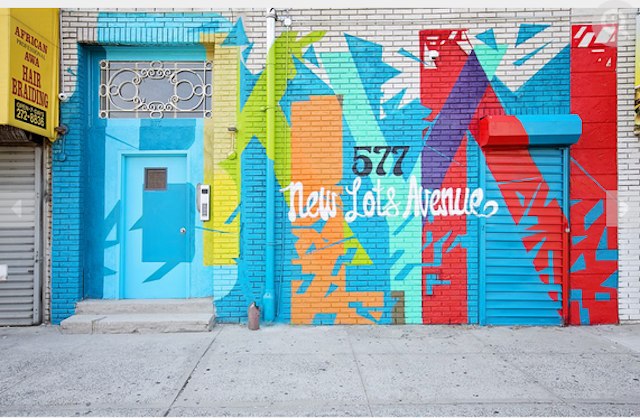 The building's exterior (via Streeteasy) 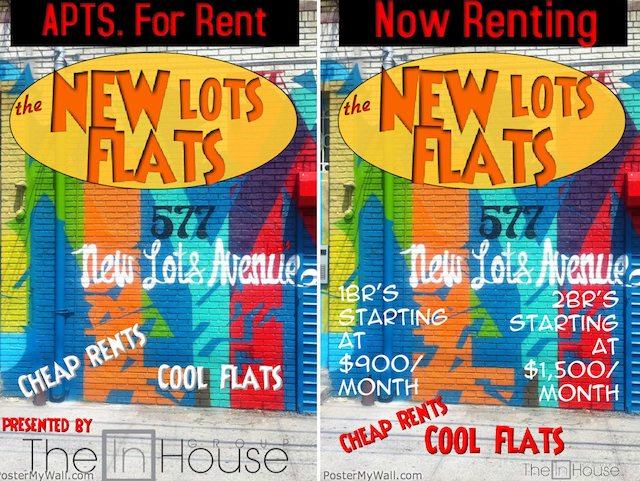 Earlier today Mayor de Blasio and Comptroller Stringer announced the creation of a $350 million lending fund that will be available to developers to build an estimated 7,500 of the 200,000 affordable units the mayor has pledged to build over the next 10 years.

While the bulk of that money comes from banks like Citi, Wells Fargo, Morgan Stanley, Deutsche Bank, and Bank of America, the city's employee retirement funds have also chipped in $40 million. All of the money will go to the Community Preservation Corporation, a non-profit lender.

The new capital will be used to finance developments like 170 Ogden, L.P., which consists of three extensively renovated multi-family buildings containing 65 units in the Highbridge section of the Bronx. CPC provided a $7.8 million construction loan and a $1.7 million permanent loan through the New York City Retirement Systems to the Highbridge Community Development Corporation (HCDC) for necessary renovations in the building, including new mechanical systems, kitchens and baths. The three buildings will have 17 one-bedroom, 44 two-bedroom, and three three-bedroom units, with one unit set aside for a super.