While you may only be getting up from your Derby watching (really drinking) or Cinco de Mayo pre-gaming, thousands of bicyclists have been on the streets for hours for the 5 Boro Bike Tour. With 32,000 participants, the starts are staggered to manage the flow of riders. There are also other security measures in place.

The ride starts in Manhattan, goes to the Bronx, then it's back to Manhattan and into Queens. From Queens, bicyclists head to Brooklyn and finally Staten Island. According to NYPD, these streets will be closed Sunday from 7:45am to 6:30pm: 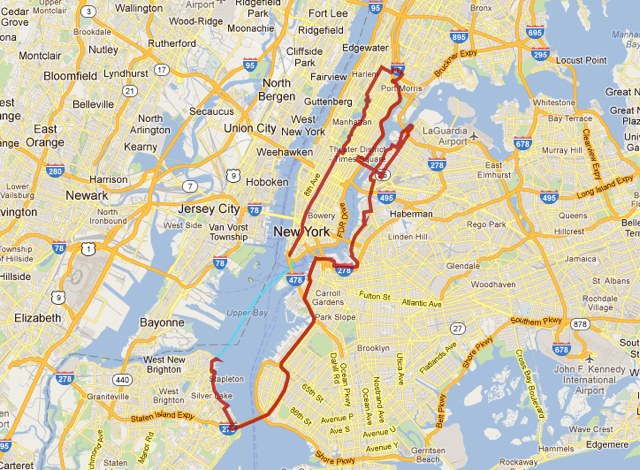