Here's a timely reminder to be extra careful when entering a taxi—or anything that appears to be a taxi. A Redditor believes he stumbled upon a fake cabbie ripping people's credit cards off with a skimmer this week. "I got into a normal NYC taxi today, but when it was time to pay, the driver took my card and swiped it through two different machines, stealing my info," he wrote. "Then I realized he wasn't even a real NYC taxi!" 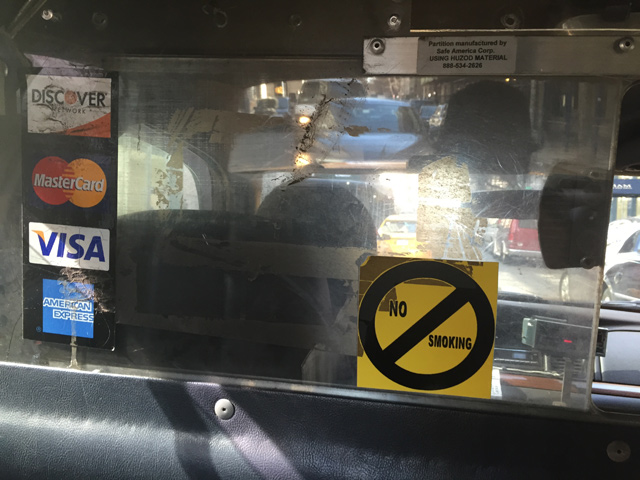 The man was traveling in the cab from Tribeca to Union Square on Thursday when the incident happened. He only became clued in to the scam when the credit machine in the back wasn't working. "The swiper in the back was turned off and when he presented his, I instinctively gave him my card," he wrote. "It was when I saw him swipe it in TWO machines that I got nervous. And then, when he told me that the two machines 'work together' is when I started taking pictures." You can see more of his photos here.

He believes the second machine was a card skimmer; he realized that there wasn't any medallion information or driver’s license information in the backseat. "After I noticed that he swiped my card twice, I started to take pictures of the interior," he wrote. "Then, when I got out, he was stuck at a red, so I walked around the car taking pictures. As soon as I leaned forward like I was going to ask him something (but really just to take his picture), the light was green and he noticed and sped off fast!" 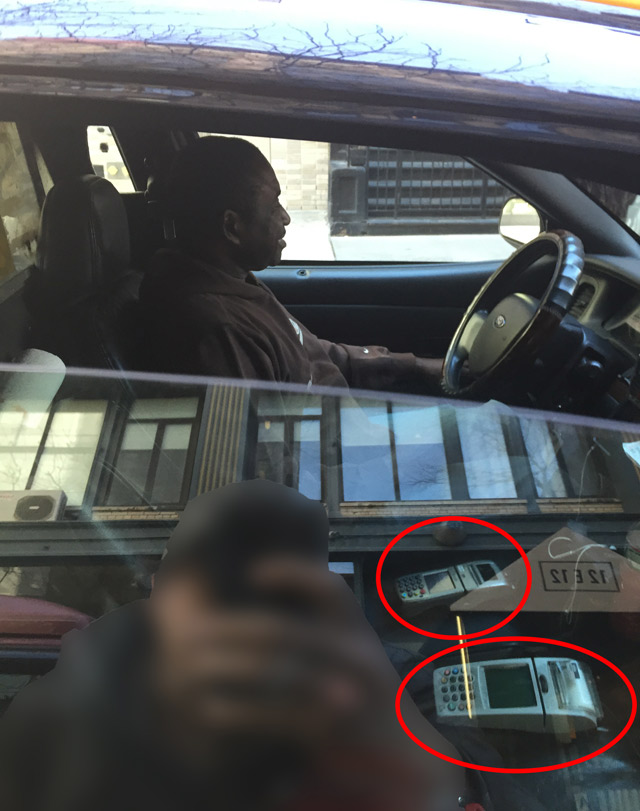 Outside of the car, he noticed other things, like his medallion was missing from the hood; the top medallion light only had three numbers, instead of three numbers and a letter in the middle; and the driver had a regular license plate instead of the medallion.

The man canceled his credit card immediately after and reported the vehicle to 311, and the Taxi and Limousine Commission is now investigating; they told CBS that this was likely a retired cab that was purchased at an auction, and that this cab had been seized back in 2006 and again in 2007. "It was a really convincing scam, so I can’t even imagine how many people’s credit card information was stolen, and they just didn’t even know about it," the man told CBS.

#cab
#fake taxi
#fake taxi scam
#reddit
#scam
#taxi
Do you know the scoop? Comment below or Send us a Tip
A new Gothamist is coming! We’ve moved comments over to our beta site. Click here to join the conversation and get a preview of our new website.