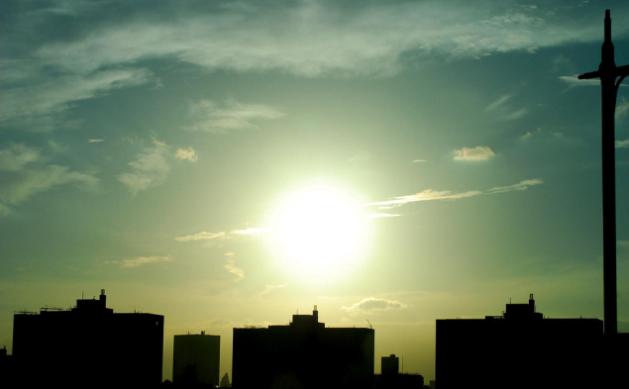 Even though today is the coolest day in more than a week, it still is much warmer than an average late-October day. The Times had a story yesterday on our unusually warm October. A Penn State meteorologist said in the article that this might not be a record warm October for New York City but it would be close. Since we said something similar a week ago we thought we'd revisit the topic.

Through yesterday the average temperature for this month has been a whopping 9 degrees above average. Were it to stay that warm the record, set sixty years ago when it was 7.1 degrees above normal, would be toast. Will this cooler weather spoil the chance at a record? Here's our guess: Gothamist averaged the daily high and low temperature forecasts for the remainder of the month from the Weather Service, AccuWeather and the Weather Channel. Adding those numbers into the observed temperatures gives a monthly average of 7.6 degrees above average. A new record with half a degree to spare! There's one caveat. AccuWeather is predicting a low of 34 for Halloween morning and keeps us cold for several days after that. If that cold air happens, and gets here a day sooner than expected, the record could be in doubt.

One sneaky thing about this cooler weather is that it really isn't that cool. Today and the next five days should average a couple degrees warmer than normal. Cloudy skies and off-and-on rain is likely for the next several days. The rain won't be too heavy but frequent enough to want to keep your umbrella handy. Today's high of 74 was reached at midnight! It should remain in the lower-60s for the remainder of the day. We won't escape the 50s tomorrow. Friday and the weekend will see highs in the 60s, with drier weather returning late Sunday.

Echo of Calvary, featuring a sun we probably won't see much of for a while, by mariab3bx on Flickr.