Police arrested a Prospect Lefferts Gardens, Brooklyn real estate broker over the weekend on charges that he scammed three would-be renters out of more than $5,000 by taking money from them for apartments they didn't end up renting, and refusing to return it. Quadir Lewis, marketing manager for the now-defunct firm Epic NYC Realty, allegedly bilked the three apartment seekers in separate instances between August of last year and March 7th. According to an announcement by the neighborhood's 71st police precinct, "Mr. Lewis would falsely promise an apartment to a person and would collect thousands of dollars from that person, knowing that there was no chance of renting said apartment."

Lewis was arrested Saturday and is facing grand larceny and possession of stolen property charges. The NYPD announcement left open the possibility that Lewis could face further charges, saying he "has run this scam the past year (if not longer) and has financially hindered dozens of people." 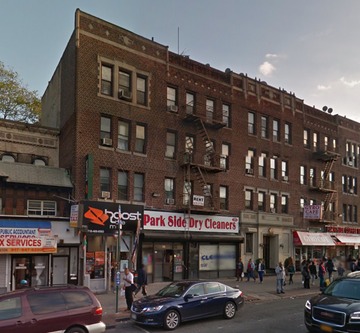 The first alleged theft took place on August 28th at the Epic office on Flatbush Avenue between Parkside Avenue and Winthrop Street, when according to prosecutors, a woman gave Lewis three money orders for $1,600 altogether to secure an apartment around the corner at 188 Parkside Avenue, across the street from the Parkside Q station.

On New Year's Eve, prosecutors say another woman put down $200 to hold an apartment in a house at 1215 Dorchester Road, then within a week, met him out in the neighborhood and gave him a $1,250 cashier's check for the place.

The third alleged bilking took place earlier this month at 22 East 29th Street, where prosecutors say a woman trying to rent an apartment gave Lewis $200 in cash and $2,200.

None of them saw their money again.

Epic NYC Realty's Yelp review page is full of similar stories of woe, and the company has an F rating with the Better Business Bureau after failing to respond to four complaints against it. Neither Lewis nor Epic are licensed brokers, according to state records.

Lewis is being held at Riker's Island on $7,500 bail. He faces as many as four years in prison for each of six felony counts, and as much as a year each for eight misdemeanors. Epic has apparently gone dark: its office is closed; one number listed on its website is not in service, and a message left at another, a Google Voice number, was not returned; and the website itself is down. Previously, the website included a mission statement that read in part:

Our mission is to provide residents with exemplary service in a quality home environment, to provide employees unparalleled opportunities for personal and professional development, and to provide partners and clients with maximized real estate asset value.

To Our Residents We are dedicated to delivering exemplary service in a quality home environment. Our goal is to be the apartment home provider of choice - a goal we attain through our residents and employees.

We understand that our customers define the standard of quality and service, and their loyalty must be earned. 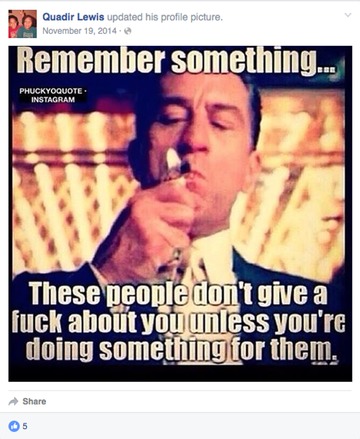 A source who worked with Lewis in the real estate industry before his time with Epic said that rumors of impropriety had followed him from job to job, and that his scamming ways sank another firm.

"On some level, karma is a bitch," the source said when told of Lewis's arrest.

The source said Lewis was "trained by scumbags," and that one of his tactics in years past was, when clients pulled out of a deal and tried to get back money they had put down, "he would figure out how to bully them." Lewis's behavior may be rooted in some sort of mental health problems, the source speculated: "He would just do this to his own mother. You know how people have addiction problems...I think he has issues."

Part, but not nearly all of the alleged crimes can be explained by the chronic housing shortage in New York, the source said:

and agents hate clients...[There's] the fact that the vacancy rate is really low. You guys hate the agents, but you need the agents. You don’t have a choice most of the time. Then the agents, who are living check-to-check, commission only, they need their commission. There’s a lot of factors as to why he would do whatever he does, but I just don’t see how he sleeps at night.

The Legal Aid Society, which is representing Lewis, did not make his attorney available for comment.