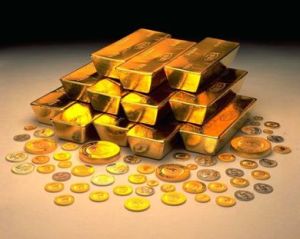 Hey, did you get your year end bonus yet? The bros at Goldman Sachs sure did, to the tune of $600K per employee, on average. Yep, $600,000 dollars, a number that stands out in a year when most Wall Street bonuses, though still obscene, are either diminished or staying even with previous years. In fact, 600K is double the average bonus paid at other firms, according to Reuters.

Other banks may be wilting under fourth and third quarter losses, but not Goldman – they raked in a robust, almost record-setting profit in the third quarter. And because Goldman bet against the foundering subprime market, their future is only looking rosier; with the economy roiled by alarming turbulence, Chief Executive Lloyd Blankfein is set to finish out ’07 with $70 million in salary and bonus. That has a nice ring to it. What was it Marx said about how a capitalist will sell you the rope to hang him with?

But let’s not let this little financial “crisis” ruin the holidays, okay? There are bigger things to be upset about anyway, as this Man Seeking Woman Craigslist post proves. Ostensibly written by a jilted Goldman Sachs tool sitting on a 772K bonus, the personal ad just goes to show you that money doesn’t equal happiness! Neither does a “viking stove; dinners at places like per se, nobu and babbo; or a shiny new condo!”

So what am i looking for, you ask? someone to share all of this with at christmas, that's what… we'll go out for amazing dinners, we'll go shopping together, we'll drink great wines and at the end of the day we'll get each other off fabulously… I have had a certain part of my anatomy compared to a baby's arm. i am also quite charming.

The post is probably just a parody penned by some frustrated, envious permalancer who only wishes he could have the glamorous life of a Goldman Sachs hombre. But you never know – so go get him ladies! (And Choire.)

#baby
#Chief Executive
#craigslist
#economy
#goldman sachs
#holidays
#money
#news
#salary
#Shopping
#wall street
Do you know the scoop? Comment below or Send us a Tip
A new Gothamist is coming! We’ve moved comments over to our beta site. Click here to join the conversation and get a preview of our new website.