Rapist May Be Targeting Women Outside The Box 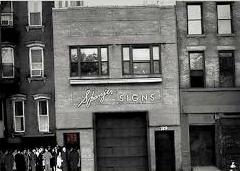 If you're a woman and are heading to exclusive Chrystie Street club The Box, be very careful! According to WNBC, the NYPD is saying there were two rape-and-kidnapping incidents that originated outside the venue.

On September 30, a woman says she was "standing in front of the club when she was grabbed from behind, put in a white sport utility vehicle and forced to drink an unknown liquid." After the attack, she was left in Queens. The second rape occurred this past Saturday: A woman trying to hail a cab got into a black sedan (she thought it was a livery cab). She was also driven over the East River and raped. Both victims had been at The Box earlier that night.

The Box closes at 4AM. We've left a message with the club - we'll let you know what they say.

#chrystie street
#crime
#east river
#hail
#nypd
#On September
#queens
#rape
#the box
#wnbc
Do you know the scoop? Comment below or Send us a Tip