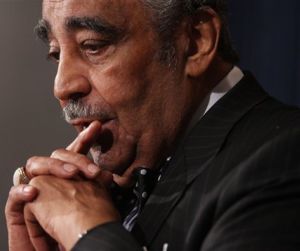 With his financial records under the public microscope after revelations of a tangled web of personal finances including not paying rental taxes on a Dominican villa for twenty years, Representative Charles Rangel has now revealed that he has discovered more inaccuracies while going over his returns from years past. Among them are omitting any mention of the sale of a home he once had in Washington DC for the last 10 years and dollar amounts related to investment funds and properties that according to the Post "fluctuate from year to year, and even from page to page."

Rangel claims that he just discovered the errors and that once an accounting expert performs a "thorough, independent review," he will publicly release his tax returns from the past 20 years. Rangel continues to defend himself that since these are all errors of omission that he has "done nothing to dishonor myself, my colleagues, or this House." He also refuses to entertain the idea that he will have to step down as chairman of the tax-writing House Ways and Means Committee.

Today's Daily News also reveals that Rangel tried to assist the Yankees in their attempts at finding creative ways to skirt taxes after the team sent him secret letters asking for assistance.

Rangel tried to help the Yankees save $66 million by lobbying the IRS to grant the team a tax-exemption on $350 million in bonds that were needed in additional funding as costs on construction of the team's new stadium rose. The IRS has thus far rejected Rangel's request after granting the team a $942 million exception on bonds in 2006. The paper notes that during the same time of the lobbying for the Yankees, Rangel received a spike in thousands of dollars in campaign donations from the team's legal counsel.