Rangel Meets with Pelosi Over Chairmanship 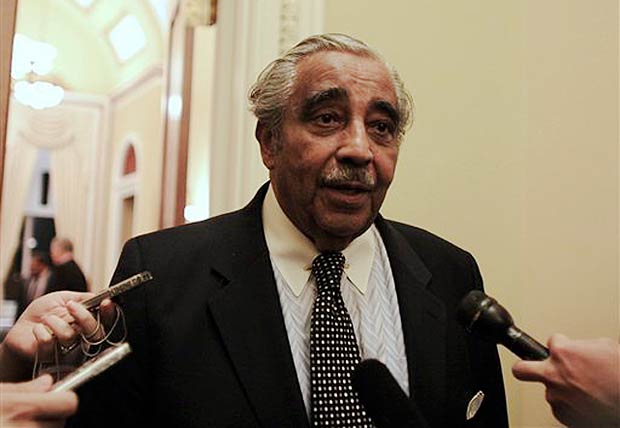 After reports yesterday that House Speaker Nancy Pelosi asked Representative Charles Rangel to step down as the chairman of the powerful House Ways and Means Committee, his fate is unclear. NY1 reports he's keeping the chairmanship, while Politico reports that Pelosi says no decision has been made.

Rangel, Pelosi and other House members met yesterday afternoon to discuss Rangel's problems related to income not reported on his Dominican Republic villa as well as from the sale of a home in D.C. The NY Post reported after the meeting, Rangel wouldn't discuss it, but did say "Do to me what you want, I'm not talking" before "bizarrely rattling off his name, rank and serial number from his Korean War days." 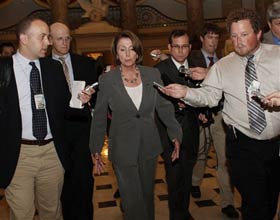 Politico reported that Pelosi denied asking Rangel to step down, saying they were discussing the stock market and the economy. This morning, Pelosi said, "I don't think that decision has been made. We have a lot of confidence in Mr. Rangel and when we have news on that we will let you know what it is, but that decision has not been made."

However, the sentiment from the media seems cast: Besides the Post's continuous coverage of every little step Rangel makes, even the NY Times published an editorial asking that Pelosi remove Rangel from the chairmanship, finding his claim that he couldn't get more details about the villa's rental income because people he called were speaking Spanish "offensive." And U.S. News & World Report's Sam Dealey found this Rangel excuse "priceless": "While over the years I delegated to my staff the completion of my annual House financial disclosure statements, I had the ultimate responsibility."