Rangel and Other NY Congressional Reps For Obama 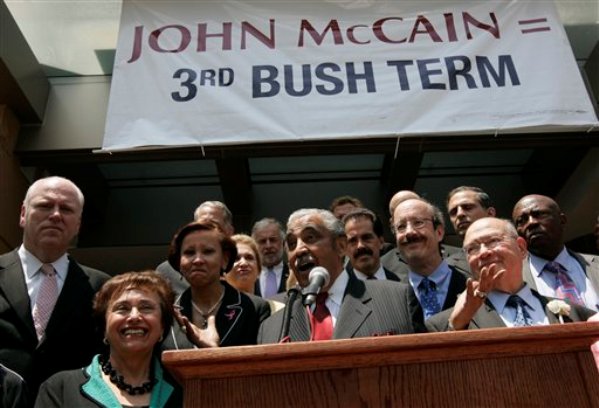 Photograph of Rep. Charles Rangel and other Congressional members from New York by Susan Walsh/AP

On the steps of the Capitol, Representative Charles Rangel and other members of the New York Congressional delegation thew their support behind Barack Obama. The delegation had been supporting Hillary Clinton, but yesterday Clinton aides revealed she would formally concede on Saturday at a rally and endorse Obama.

Rangel referred to Clinton, saying, "We are so pleased to see that on this Saturday, in Washington, D.C., she intends to not only reach out for unity but to reach out and support directly Senator Obama." And while there's talk of positioning Clinton as Obama's running mate, Representative Carolyn Maloney said, "I think she'd make a magnificent addition to the Supreme Court."

#barack obama
#carolyn maloney
#charles rangel
#election 2008
#hillary clinton
Do you know the scoop? Comment below or Send us a Tip