Race, Displacement, and City Planning in NYC: A Q&A with the Editor of 'Zoned Out!'

This week, Gothamist sat down with Hunter College urban planning professor Tom Angotti, professor of urban affairs and planning at Hunter College and an editor of Zoned Out!, a new book on the impact of government planning and housing policies on communities of color. We spoke to Angotti, who also contributed to the book, about how federal housing programs solidified residential segregation, the limitations of zoning policies, and the city's affordability crisis.

How has the federal government contributed to residential segregation in New York City over the decades?

The federal government shaped urban development and residential patterns all over the country through two major programs. One was the Federal Interstate Highway Program, which made possible the growth and development of the suburbs. And the second program was the Federal Housing Administration's mortgage guarantees for new home development.

The two went hand in hand to create the suburbs that now have the majority of the urban population of the United States. That spurred an exodus from the old industrial cities and large central cities, while at the same time, the federal government was cutting back on its support for central cities. That had a profound racial edge in several different ways.

First, the mortgage guarantees available to the suburban home owners were not available to neighborhoods with large minority populations, which were essentially, African American. In fact, it was the practice of redlining, which means red lines were drawn around areas in which at least 5 percent of the population was African American. Those areas that were redlined could not get mortgage financing. This led to the decline of housing quality in large central cities that had African American populations, while at the same time, it favored relatively well-to-do new suburban developments in the suburbs. Those new suburban developments were largely unavailable to people of color, due to exclusionary zoning and discriminatory practices that prevented blacks from getting housing in the suburbs. Those were the key policies.

The Federal Urban Renewal Program was another way that federal, state, and local governments contributed to segregation and displacement. The program took large swaths of land in central cities that were occupied by communities of color, relocated people, condemned the property and then turned it over to new developers. At that time, we used to call the Urban Renewal Program the "Negro Removal" (Because "Negro" was the term used at the time.) 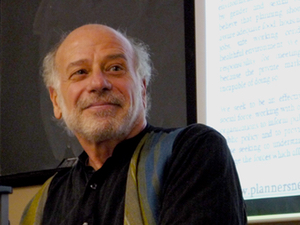 In the 1970s, when problems for communities of color became critical and there were urban rebellions, there was massive abandonment of housing. New York City was a major case of this, where there was massive abandonment in the South Bronx and central Brooklyn, which was accompanied by a withdrawal of federal assistance. First by the Nixon administration, and then most famously by the Reagan administration, which cut back on funds for new housing development and essentially ended the construction of new public housing.

You talk a lot in the book about the limits of rezoning to address New York's housing crisis. Can you talk about that?

By relying on zoning for the main land use tool, New York City relieves itself of the responsibility of doing any serious comprehensive planning, either for its neighborhoods or for the city as a whole. Changing policies across the board, making housing, community facilities, schools, libraries, open space - all of the things that make for a stable community - those are very strong tools.

Zoning's a weak tool. Zoning is a convenient tool for developers because it pretty much limits the extent to which the city government can shape new development. It limits questions to "How big is the building?" or "How much open space is required?" These are all physical elements. But there's so much more to communities and neighborhoods than just the physical elements. Then there's the economic question which is, "How much of this new development that's spurred by zoning is going to be affordable to people?" 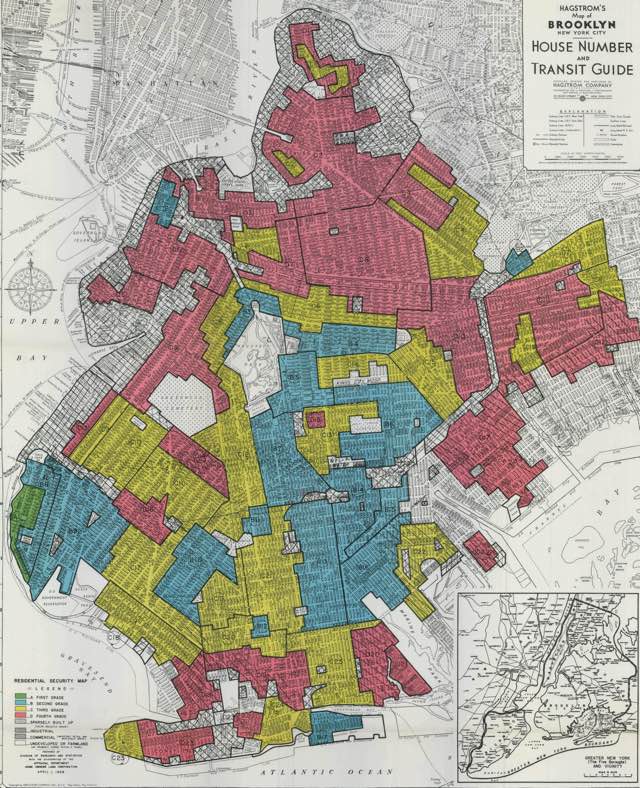 How do New York City's zoning and housing policies affect people of color?

The problem starts because the city does not openly discuss the question of race. It acts as if everybody's colorblind - that race doesn't matter. It acts as if its programs are applied neutrally across the board. And it doesn't explicitly examine how its policies disproportionately affect communities of color.

They did so during the period of widespread abandonment. The city was very clear that they were not going to invest in these neighborhoods. Sometimes they're very explicit about it, but mostly they simply refuse to discuss the question of race.

They're doing something very perverse in the upzonings that are essentially contributing to the displacement to African American, Latino, and other minorities. They're justifying it as integrating segregated communities of color, but that's not what's happening. What's happening is that they're eating away at the areas encompassing the communities of color, so that developers can speculate and build housing that is available mostly to whites, because they're people with higher incomes. What they're doing is expanding the white neighborhoods into the communities of color.

In our book, the chapter on Harlem demonstrates on a small scale how that happened with the Frederick Douglass Boulevard rezoning. It's located in a part of Harlem that's adjacent to the Upper West Side. It is not integrating Harlem - it's expanding the Upper West Side, which has already been transformed into a mostly white area, from the multiracial, multicultural area that it once was 30 to 40 years ago.

How have communities dealt with these big changes?

Communities have been fighting displacement for a long time. People organized. They organized tenants associations. That's the most effective method. Building by building, apartment by apartment. Fighting against slumlords who are disinvesting, who are buying out tenants, who are doing anything possible to encourage people to leave, who are even torching their buildings and working with drug dealers to intimidate their tenants to get them out. 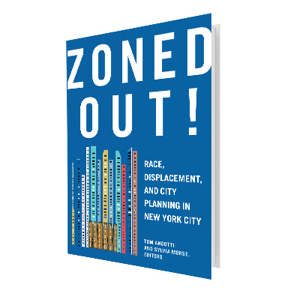 But rezonings are very difficult to deal with. With zoning, most people don't understand it. It's kind of a hocus pocus, a lot of technical terms, and the way they're explained at community meetings, they're explained in way that doesn't encourage most people to get engaged in any serious way - a lot of pretty pictures and maps, and a lot of nice sounding fairytales about how great the neighborhood's gonna be after the rezoning.

The big challenge today is to discredit this kind of charade.

The first thing City Hall has to do is to start seriously planning with neighborhoods and communities, particularly communities of color. This is going to take time. It's a slow process. But the city doesn't do planning and it doesn't even do planning city-wide. You should base your zoning on a clear, long-term picture and strategy of what neighborhoods should be like. If you do it only in some neighborhoods, it's unfair because then there's no city-wide vision. There needs to be a city-wide vision and process, and that takes time.

Since the Reagan revolution up till today, the predominate medium has been the public-private partnership. But the private sector, developers and builders, always dominate these partnerships. The public sector is the junior partner. The public sector needs to be aggressive as they were with building public housing and build housing directly and finance it directly. It'll be a lot cheaper than the low-income housing tax credit, which is the main subsidy program nationally. It's an expensive program because it's essentially giving these huge tax breaks to rich people who don't need it.

Let's put public money into the housing, and at the same time save public housing. The largest stock of public housing in the nation is at risk and is in the process of being privatized. Keep that public. Use public dollars for that instead of giving more tax breaks to developers. And provide the infrastructure for them so that they can make money on new property deals.

Zoned Out! is available on Amazon

#City Planning
#displacement
#gentrification
#interview
#race
#rezoning
#segregation
#zoning
Do you know the scoop? Comment below or Send us a Tip