According to the Daily News, Sheila referred to 16-year-old Dante de Blasio and 18-year-old Chiara de Blasio, "You know what’s sickening? Seeing his son and his daughter. We’re going to have two hippies in the mayor’s office. It’s sickening. I’ll be truthful. I hate to say that about children. But they’re not children anymore."

The News reports, "The woman was cut off by call organizers, and Lhota quickly defended the de Blasio clan. 'I actually want to applaud the family of Bill de Blasio. What a great family he has and the great children that he has. And I think we should all celebrate his marriage,' he said." Case in point: Jon Stewart wants to be adopted into the de Blasio clan. 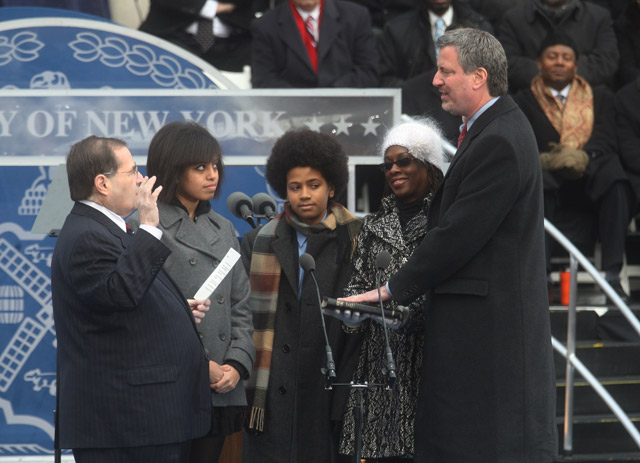 Even Democratic candidates knew attacking de Blasio's kids was a little overboard. Bill Thompson's strategist Jonathan Prince told Daily Intel, "There was some debate inside our campaign — some people wanted to attack De Blasio for using Dante in his ads, and myself, my colleague Eddy Castell, and the candidate, Bill Thompson himself, said attacking the family is off limits. It's the wrong thing to do, and it's also not the smart thing to do. Even if you were an utter cutthroat and didn't care about what was morally right, attacking kids is not only wrong, it also happens to be bad politics."

So let's go back to talking about how Joe Lhota might want to kill cats (or not!).