A Queens father who's lived in the United States for nearly two decades is facing deportation back to his native country of China, after he was arrested by ICE agents while interviewing for a green card last month.

Xiu Qing You, 39, has lived in Flushing, Queens since coming to the United States in 2000 to escape religious persecution. He runs a nail salon in Connecticut with his wife, a U.S. citizen; is a father to two young children; and has no criminal record. Though he was issued an order of deportation in 2002, his lawyers say that he only became a target for removal under President Trump's immigration crackdown. 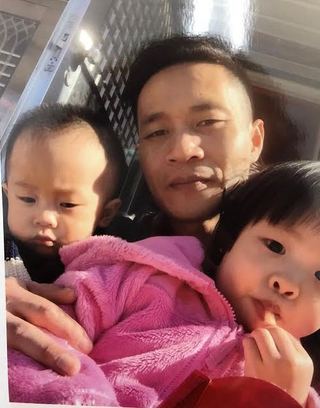 “I’ve had so much pressure to deal with,” his wife Yu Mei Chen said through a translator during an emergency rally on Monday, AM New York reports. “We are so lost.” Speaking of their 4-year-old son and 6-year-old daughter, she added, "They miss their father. He has been a perfect father.”

Chen says she was asked to leave the room during the green card interview on May 23rd, and was left speechless when she learned that ICE agents had taken her husband into custody. She still hasn't been able to share the truth with her children. "Sometimes I’ll say dad will come back soon," she told NBC News, through tears. "I’ll say he went off to work elsewhere,"

You's attorney Yee Ling Poon tells Gothamist she filed a habeas corpus petition for a temporary stay of removal on Monday. Still, his deportation could happen "any day now," she says.

According to the Legal Aid Society, which is serving as You's co-counsel alongside Poon, unexpected detentions of those who'd previously attended check-ins and interviews without problems are becoming increasingly common. "It's not like in the Obama years with prosecutorial discretion, where folks like Mr. You were just not a priority," Redmond Haskins, a spokesperson for the Legal Aid Society, told Gothamist. "But in these times, it's really not that out of the ordinary."

Haskins also noted the similarities between You and Pablo Villavicencio, the Long Island deliveryman detained while delivering pizza to Fort Hamilton earlier this month. Both are married to U.S. citizens, and both have pending applications for green cards. Both men are also currently awaiting deportation at facilities in New Jersey—Villavicencio in Hudson County Correctional Facility and You in Bergen County Jail. 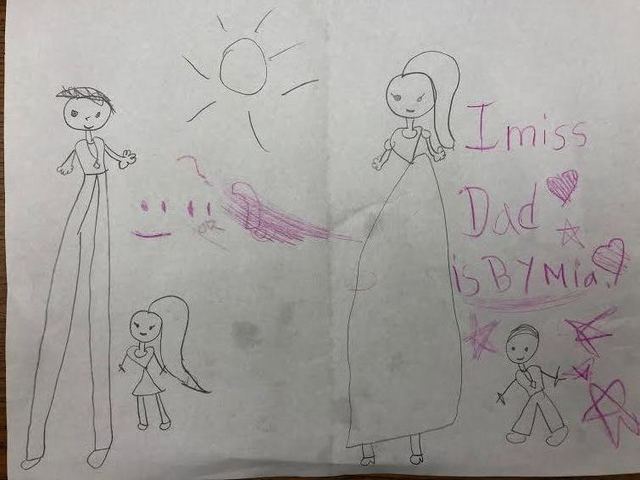 A spokesperson for Governor Andrew Cuomo's office did not respond to a Gothamist inquiry about whether the state would offer to pay for You's legal services, or whether the governor would be issuing a statement of support to a judge on You's behalf, as he did for Villavicencio.

Several other politicians have voiced their support for the Chinese immigrant, including Senator Kirsten Gillibrand, who over the weekend called You's detention "abject cruelty."

"Mr. You is part of a sad and frankly un-American trend that has seen many people who are just trying to make a life in the U.S. end up behind bars," echoed City Council Speaker Corey Johnson in a statement. "We must fight these un-American incarcerations. They hurt not only the You family, but all Americans who care about decency and justice."