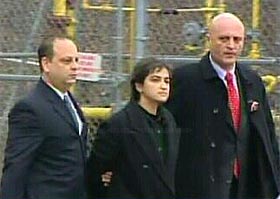 The Queens DA's office and NYPD revealed new details about the killing of a Queens dentist. and why his estranged wife was arrested for murder and conspiracy. Daniel Malakov, who had been fighting with wife Dr. Mazultov Borukhova over custody of their young daughter, was gunned down at a playground last October when taking the 4-year-old to his wife for visitation.

Borukhova was arrested Thursday night, months after her uncle by marriage, Mikahil Mallayev, was arrested as the main suspect in Malakov's murder. Queens DA Richard Brown said that Borukhova and Mallayev had 90 phone conversations between October 3 and October 26. The pair also spoke on October 28 (the day of the murder) and twice after, including a meeting at her offices.

A week and a half after the murder, Mallayev, who lives in Georgia, deposited $19,800 into ten different NYC bank accounts. The police were able to match prints from a crude, homemade silencer left at the crime scene to Mallayev's prints, which were in the NYC system because of a 1994 fare-beating charge. Mallayev claimed the many conversations were to discuss a medical issue, but DA Brown said, "I don’t call my doctor 90 times in the course of the two weeks before I see him.”

Borukhova had insisted on her innocence, noting how she tried to save Malakov's life. However, her claim that she didn't hear gun shots from 10 feet away ("No, I am a doctor. I don't even know what a gunshot sounds like.") prompted the police to look closer, because Police Commissioner Ray Kelly said, "Her insistence that she didn't hear anything is what first led investigators to suspect her." 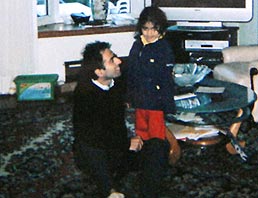 While the trial hasn't even begun, Malakov's father yelled at Borukhova during the indictment, "I want you to die like him." Khalio Malakov also told WCBS 2, "I wanted to ask her why you destroy everything. Why you destroy your life? Why you destroy the girl's life? Why you destroyed my son's life?" And brother Gavril Malakov said, "I cannot believe you think America is so stupid, so dumb that nobody is ever going to get caught."

Borukhova was remanded to Rikers and held without bail. Her lawyer says the evidence is "highly circumstantial" (the DA's main evidence are the phone calls). And little Michelle Malakov has been in foster care since the killing; her court-appointed guardian told the Post the arrest "opens the door for the father's family to gain custody or at least have visitation rights." We feel very bad for this child - to lose her father, to be put into foster care without family she knows, to potentially lose her mother to jail - it's all very sad.