Queens Assemblyman And His $500K in Bribes 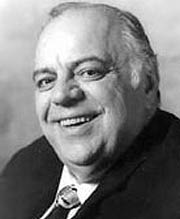 NY State Assemblyman Anthony Seminerio, a Democrat who represents Queens, was accused by the feds of taking over $500,000 in bribes. Or, as Seminerio allegedly called it, "consulting" payments.

The NY Times reports that Seminerio apparently decided to charge people for services that were "part of his job as state legistator" when he "realized that favors for people in the health care and hospital industry, and that those people sometimes made thousands of dollars from those favors." He was recorded as saying, "I was doing favors for these sons-of-bitches there, you know, they were, they were making thousands. 'Screw you, from now on, you know, I'm a consultant.'"

In recordings, the 73-year-old lawmaker apparently told hospital officials whose funding was threatened that he would rattle cages" if they produced checks and that "I can get anybody you want" in the Legislature. He even allowed an undercover FBI agent who pretended to be a client in need of state contracts to visit the State Capitol floor and meet other lawmakers.

WABC 7 says Seminerio was able to hide "his clients behind a state law that enabled him to avoid disclosing their names." U.S. Attorney General Michael Garcia said, "The absence of general transparency in Albany provides cover for officials seeking to enrich themselves at the public's expense."

#anthony seminerio
#assembly
#bribes
#corruption
#fbi
#ny state assembly
#u.s. attorney
Do you know the scoop? Comment below or Send us a Tip