Quality of Life Declining in NYC According to Survey 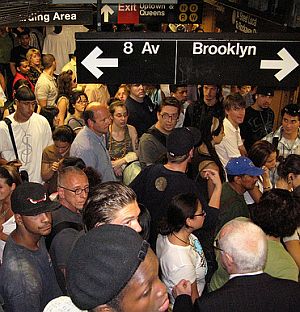 According to a recently released international survey, quality of life in New York City has been slipping compared to other cities around the world. New York ranked 46th in 2006, 48th in 2007 and now 49th. That’s twelve places behind Boston! Washington, D.C., Chicago and Portland are also ranked higher for “quality” living in the survey, which was conducted by a global consulting and investment firm, Mercer. At least we solidly defeated Baghdad, which came in last at in 215th place.

The study surveyed people on “39 quality of living factors” like waste disposal and availability of banking services. But to paraphrase Zen and the Art of Motorcycle Maintenance, how do you really define “quality,” anyway, man? Even Mayor Bloomberg seems to think this whole ranking system is flawed, telling reporters yesterday that New York City “is the greatest place to live… If the standard is, do we have hot weather in the winter, we would lose that. If the standard is, do you have a billion acres per person so you can ride a horse, we will not compete in that case.”

Zurich, renowned for its hot winters and billion acre horse farms, retained the #1 ranking for the second year in a row. According to the survey, the best quality of life in the U.S. is to be had in Honolulu and San Francisco, which rank 28th and 29th, respectively.

#bloomberg
#living
#new york
#quality of life
#ranking
#study
Do you know the scoop? Comment below or Send us a Tip