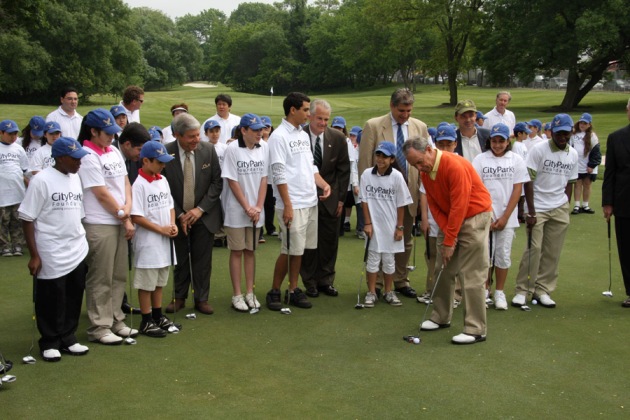 The $8 million facility was built on previously unused land at the golf course, using $2 million of city funds, $400,000 of State Senate funds, and the rest from private sources. Bloomberg said, "This facility will introduce so many children - who otherwise wouldn't have had the chance - to all the benefits of the game, including sportsmanship, self-discipline, and enjoying the outdoor." He also said on his radio show that he would hit the links, too, in hopes of a hole-in-one.

The City Parks Junior Golf Center will offer a number of programs-- here's more information (the City Parks Foundation is an independent non-profit that offers programming to city parks). And here's information on golf for adults at city parks.