A Proud Boys member who prosecutors said helped start a street fight between the group and protesters has been arrested, along with two more alleged members of the group.

After “repeatedly striking” one protester, Hare “started kicking and swinging at another individual,” Kleidman added. When others “tried to pull this defendant away from the Antifa members he was attacking, he broke free and ran back over to continue his vicious assault.”

“This defendant was the most violent attacker of the Proud Boys and their associates,” and it was all captured by video, Kleidman said.

Hare surrendered to the NYPD Monday and was charged with riot and attempted gang assault in the first degree, according to the criminal complaint against him. He was released on $35,000 bond by Judge Ann Thompson. 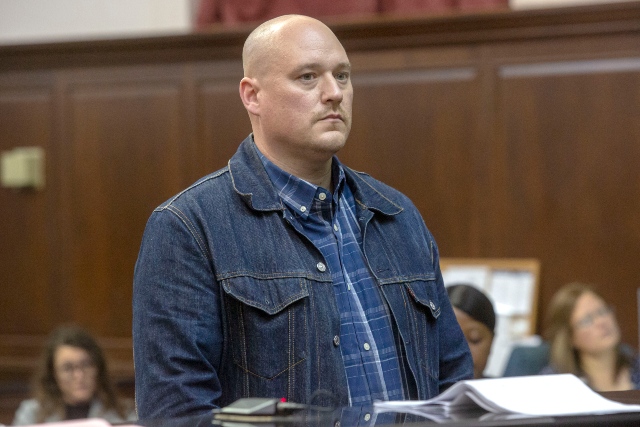 Antillon, a 41-year-old Queens resident, appears to be the member of a primarily Latino skinhead crew Battalion 49 who was interviewed by VICE in 2012. Identified by VICE only by his first name, Irvin, he went on to attend the deadly Unite the Right rally in Charlottesville as a member of the Proud Boys-affiliated group the Fraternal Order of Alt-Knights, according to the Southern Poverty Law Center.

Attorneys for the trio said they acted only in self-defense.

Ronald Hart, who represented Hare and Lennan, said “it was the Antifa group that started this,” and called the encounter a “case of clear self defense.”

Antifa members, Hart said, “went out looking for a fight, they caused the fight and the ruckus.”

Similarly, Antillion’s attorney, Joanne Dwyer, said he acted only in “defense of self as well defense of others in this case.” 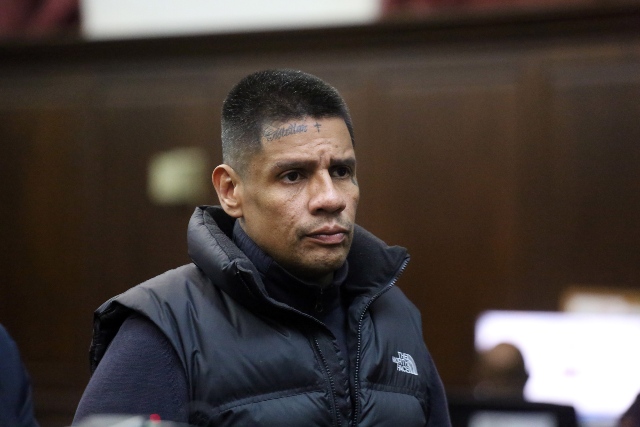 That brings the total number of Proud Boys arrested thus far to five, including John Kinsman, a World Trade Center steel inspector who was arrested Friday and held overnight before being released Saturday on $15,000 bail; and Geoffrey Young, a roofer who was released on his own recognizance Friday afternoon.

Meanwhile, the NYPD confirmed to Gothamist that it is conducting a broad criminal inquiry into the Proud Boys organization.

The group, which is exclusively male, believes in the supremacy of Western culture and seeks to turn back the clock to a pre-feminist social order. Prosecutors have called the Proud Boys a “far-right” organization; they are labeled a hate group by the Southern Poverty Law Center.

The fight between Proud Boys and anti-fascist protesters occurred after Proud Boys founder Gavin McInnes spoke at the Metropolitan Republican Club on October 12th. When the event was over, McInnes departed by car while the remaining Proud Boys and associates left on foot, directed by NYPD officers to walk south on the east side of Park Avenue.

Meanwhile, six protesters evaded police—who were trying to keep the two groups separated—and circled the block onto 82nd Street, in an attempt to intercept the Proud Boys who were marching down Park Avenue, prosecutors have said.

When Hare and other Proud Boys saw the protesters, they moved down 82nd Street to confront them, at first walking then charging, Kleidman said. Video taken by independent video-journalist Sandi Bachom captures the charge, which begins with a Proud Boy yelling "Ready?! Proud Boys!"

There are four “degrees” of Proud Boy membership, McInnes, the Proud Boy leader, has said. To reach the fourth and final level, a Proud Boy must get into "a major fight for the cause," McInnes told Metro in 2017. "You get beat up, kick the crap out of an antifa," and possibly get arrested, he said.

Proud Boys who win fights are celebrated in a section of the group’s online magazine, and cheered with a slogan: “They fucked around. They found out.” 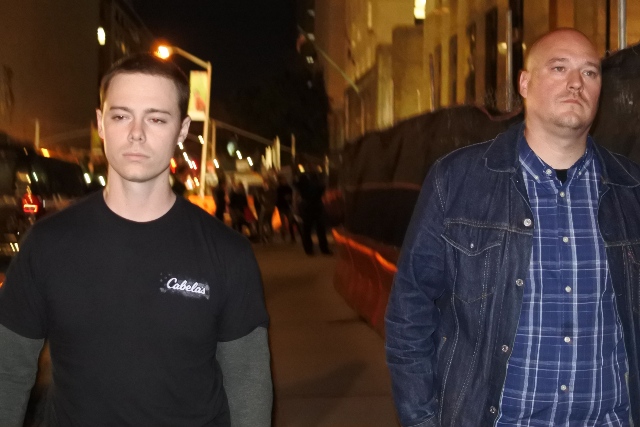 #gangs
#gavin mcinnes
#metropolitan republican club
#proud boys
#original
Do you know the scoop? Comment below or Send us a Tip