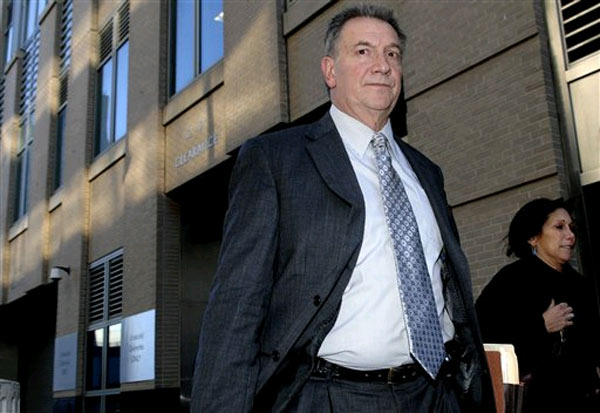 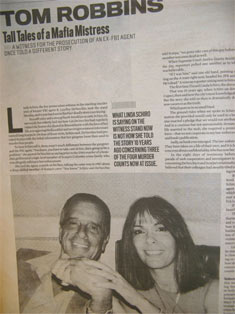 The Brooklyn DA's office pinned its hope on Linda Schiro, mistress to mobster Gregory "The Grim Reaper" Scapra. Scarpa was an FBI informant and worked with DeVecchio; prosecutors alleged that DeVecchio would give Scarpa tips about other mobsters-turned-FBI informants, who Scarpa would then kill. Earlier this week, Schiro testified that DeVecchio say things to Scarpa like, "We can’t keep a guy [another informer] around like this. Because he’s going to end up to start talking."

Village Voice reporter Tom Robbins, who interviewed Schrio in 1997, and wrote on Tuesday in his article, Tall Tales of a Mafia Mistress, that her story changed over the past 10 years. For instance, she told Robbins and fellow reporter Jerry Capeci (they had been talking to Schiro about writing a book about her life) that DeVecchio had nothing to do with the murder of Colombo mobster Larry Lampisi, but on the stand, she said that then-FBI agent gave Scarpa Lampisi's address and when he would leave his house.

The reporters had recorded many of the 1997 interviews and though some were missing or had audio issues, their tapes of Schiro recounting the Lampisi murder and murder of Joe Brewster. The prosecutors and defense attorneys listened to the tapes yesterday afternoon, and the prosecutors decided to drop their case.

Robbins told the NY Times that he "had chosen to disclose the tapes after hearing the testimony this week and its role in the case": “I did not know what else to do." And he told the Daily News, his former employer, "Tell me what else I could have done? If you sit silent, then someone could go to jail for life. I chose not to live with that."

After the tapes were disclosed to the judge, the judge ordered Schiro to get a lawyer because she may have perjured herself. Schiro had been paid $2,200/month (for food and rent) by the prosecution since March 2006. Her daughter told the Post, "She wasn't under oath at the time [that she spoke to the reporter.] She was under no obligation to tell the truth."

Capeci, who now writes and runs Gang Land News, gives the scoop on the winners and the losers in the case.