Sam Kellner is a pariah in Brooklyn's ultra-Orthodox Jewish community because he helped persuade victims of sexual abuse to speak out against a prominent Borough Park cantor/travel agent. As we learned last month, Kellner—who says his own son was molested by the cantor, Baruch Lebovits—has been reduced to pawning his silverware because he can't find work in the community. But it looks like he may soon be able to stop worrying about Brooklyn DA Charles Hynes, who has been prosecuting him for allegedly bribing a witness to testify against Lebovits.

In a spectacular twist on what was already an incredibly weird story, a key witness for the prosecution has proven unreliable—or, as former Manhattan prosecutor and defense attorney Mark Bederow put it to The Jewish Week: "This witness has self-immolated." The unidentified man, whom The Jewish Week calls "Yoel," had previously sworn that Lebovits repeatedly raped him for years, but after Lebovits was convicted he recanted his testimony and told prosecutors that Kellner had bribed $10,000 him to testify against Lebovits. Now, on the eve of Kellner's trial, things get more ludicrous. Bederow explains:

First, he swears to a pattern of years-long abuse by Lebovits. Then he reverses course and claims that he lied under oath and that although he knows Lebovits, he fabricated the abuse claims against him because Kellner paid him to do so. Then, on the eve of [Kellner’s] trial, he contradicts both prior sworn statements by bizarrely claiming he has never met Lebovits, but that [Lebovits] ‘may’ have molested him. He then alters his sworn testimony by claiming that he had not been paid by Kellner before perjuring himself at Kellner’s request.

I don’t see any set of circumstances under which the DA can proceed with Yoel as a witness against Kellner.

It turns out that the witness, who now resides in Israel, is being paid not by Kellner, but by a man named Zalmen Ashkenazi, a community activist whom "Yoel" previously claimed not to know. Ashkenazi pays his school fees, his rent, and for his attorney, and "Yoel" says he has to ask Ashkenazi's permission before returning to America. And what's the reason for Ashkenazi's generosity? That remains unclear, but according to Failed Messiah, "Ashkenazi is close to Lebovits and has actively been working to destroy the case against him in any way he could." 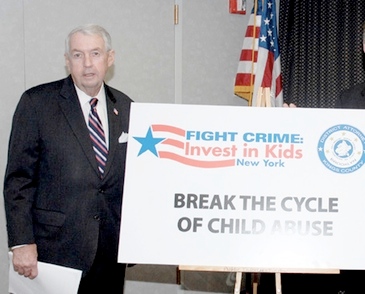 And it worked—Lebovits's lawyer used the bribery allegation against Kellner to get his client's conviction overturned. Lebovtis's lawyer, by the way, is a man named Arthur L. Aidala. He just so happens to be former prosecutor who worked in Brooklyn DA Charles Hynes's office, and the Times reports that he is also "a campaign contributor to Mr. Hynes and the vice president of Mr. Hynes’s nonprofit foundation."

A source tells the Times that Aidala has "boasted to prosecutors about his access to and influence with Mr. Hynes and [Michael F.] Vecchione," who is the chief of Hynes's rackets division, which has been prosecuting Kellner. Aidala brought the witness tampering allegation directly to Vecchione's division, as well as an audio recording purporting to catch Kellner trying to extort money from Lebovits’s son—however, this conversation was not in English, and the translation "is ambiguous," the Times reports.

All this comes against the backdrop of allegations that Hynes has spent his decades as DA looking the other way on allegations of sexual abuse in the ultra-Orthodox community—a community which he heavily relies upon to vote for him as a bloc. Hynes, who has been the borough's DA since 1990, is up for reelection again in November. He faces competition from two Democratic challengers, including Abe George, a former prosecutor from the Manhattan DA's office, and Ken Thompson, a former federal prosecutor who represented the hotel maid who accused Dominique Strauss-Kahn of sexual assault.

#brooklyn
#child abuse
#hasidim
#satmar
#sexual abuse
Do you know the scoop? Comment below or Send us a Tip