Property Owners May Get Rebate Checks by New Year 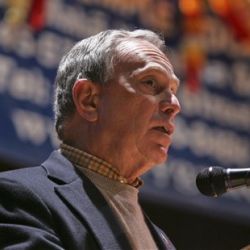 After much hullabaloo and veiled threats from Mayor Bloomberg that property tax rebate checks would not be sent out due to the city's budget struggles, it appears that city homeowners will in fact receive them--possibly in time for the holiday season. After being called out on the idea of withholding the checks, the Bloomberg administration said that they did not have to mail them until June.

But officials have begun privately saying they are pushing to get them out much sooner with Councilman David Weprin telling the Times, “Logistically, it might be physically too difficult to get the checks out by Christmas. But as long as we can tell people by Christmas that they’re getting their checks, so they can plan ahead, a week or two later might be O.K.”

But it's not all good news for homeowners. Revenue increase proposals introduced to council members yesterday may put an end to the 7% property tax cut that expires in 2009. The only relief would come in the form of spreading out property tax payments to four times a year--they're currently collected semiannually.

Another proposal introduced yesterday would raise the city hotel tax by just under 1%--a measure that would raise $100 million in the next fiscal year, according to the man who introduced the bill, Councilman Lew Fielder.

#City Council
#david weprin
#lew fielder
#mayor bloomberg
#property rebate
Do you know the scoop? Comment below or Send us a Tip