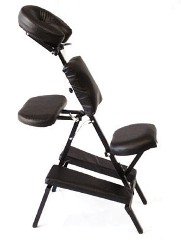 Gross! A former assistant principal at I.S. 72 in Staten Island is accused of asking a 12-year-old student for massages - and then trying to buy her and her mother's silence with promises of private school payment!

Lawrence Siegel was put in a district office job - not his usual gig at Rocco Laurie Intermediate School - while the Department of Education investigated him after a DOE parent support coordinator, per the Staten Island Advance, "received a 311 complaint from the mother of a girl in the school alleging that her daughter and others were giving Siegel shoulder massages." He was initially cleared, but then the DOE's investigators found that Siegel begged the girl to "keep quiet."

He called the girl and told her (captured on tape), "If you do this for me, I'll take care of you for life," and when she said she wouldn't make a peep, he said, "OK, thank you, sweetheart. I love you. Let me talk to mommy." The girl's mother also wore a recording device while demanding Siegel pay $120,000 for her daughter to attend private school Staten Island Academy. The DOE's investigator then questioned the girl again, who admitted she "became friendly with Siegel as a result of a disciplinary matter in October 2006, and she began skipping classes and hanging out in his office on a regular basis."

Siegel retired from his $102,000/year job in August. DOE Special investigator Richard Condon said, "He definitely was engaged in an inappropriate relationship with this girl. We would have recommended termination if he was still working." Condon's report does state that Siegel's office door was open during each of the massages and the girl says Siegel never touched her elsewhere. But Siegel's lawyer said, "He categorically denies each and every allegation, and has yet to be served with any documents concerning the allegations."