"Every residential place is like a fortress," said Erik Vermeulen of Amsterdam-based architecture firm Concrete, his white Stan Smith Adidas sinking into bright green fake grass. "So we said, let's turn the doorman into a barista. Let's make this an inviting place, not only to the residents but also the people outside."

Vermeulen stood in the central courtyard of Urby, Staten Island's newest, most expensive rental apartment complex, before a cluster of reporters and other press preview participants lounging on beanbag chairs. Behind him, the Upper Bay gave way to sweeping views of Downtown Manhattan and the Verrazano Bridge. Here, a studio rents for $1,735 and a two-bedroom for $3,310. A 'Bodega' sells craft beer and vegetables harvested by a Farmer-in-Residence, and a lobby doubles as a coffee shop strewn with succulents and ceramics.

Two Staten Island Railroad stops from the ferry terminal, Urby stands on land that used to be owned by the city. David Barry, CEO of Ironstate Development, purchased the site for $11 million in 2011, according to the Economic Development Corporation (EDC).

"It's a cautionary tale," said Nick Petrie of the housing nonprofit Make the Road. "We should not be selling public land to private developers." 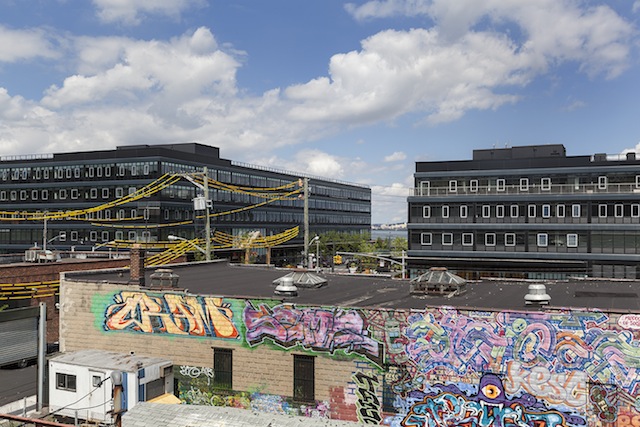 Nearby, Bay Street is slotted for residential and commercial rezoning as part of Mayor de Blasio's affordable housing plan. And by the Staten Island Ferry terminal, developers are hoping to generate more commercial activity in the borough by building out an outlet mall and accompanying hotel, the tourist-friendly New York Wheel, and more shops, restaurants and apartments at Lighthouse Point. The New York Times hot neighborhood profile dropped in April 2015.

For now, though, Urby is a bit ahead of the curve. "It still feels kinda Bushwicky, in terms of what Bushwick was like seven or eight years ago," Barry told Gothamist on Tuesday, describing Stapleton. "There's a bunch of industrial buildings, and it's a little scrappy still and kind of coming into its own. It's not one of those neighborhoods that has like, wow, gorgeous architecture. Like, you know, what Soho once was."

"People are going to get blown out to Trenton or Elizabeth or Newark or God knows where," said Jay Harris, 45, a self-described full-time activist who lives in a shelter in nearby Port Richmond. "There's no place left in New York."

About 70 Urby units have been leased out since this spring, many for slightly reduced rents of $1,508 for a studio and $2,507 for a two bedroom. "It's half people who lived mid-island," Barry said. "They work on Wall Street. [They] want to up it a little bit in a walkable neighborhood."

"Most of the other half is coming from Downtown Manhattan," he added. "Maybe FiDi people who are getting priced out."

Twenty percent of Urby's apartments are technically affordable, including 81 studios for $867 per month. To qualify, a family of four must make between $39,943 and $51,780 per year. For context, 23% of Bay Street Corridor residents make less than 30% of the Area Median Income, or $27,180 for a family of four.

All of the apartments are small—from 380 square feet for a studio. "Everything is very, very tiny," said Concord resident Shela Davis, 66, who toured Urby this spring. A retired pastry chef, Davis says she was escorted from the building when the leasing office realized she was interested in a subsidized apartment (the application deadline had apparently passed). "Literally they had a chef on staff," she recalled. "So I could sit up in my $3,000 apartment and call downstairs and say, 'Dude I want some asparagus and red wine?'" (Urby counters that the vibe is more first-come-first-serve samples and cooking lessons for residents.) 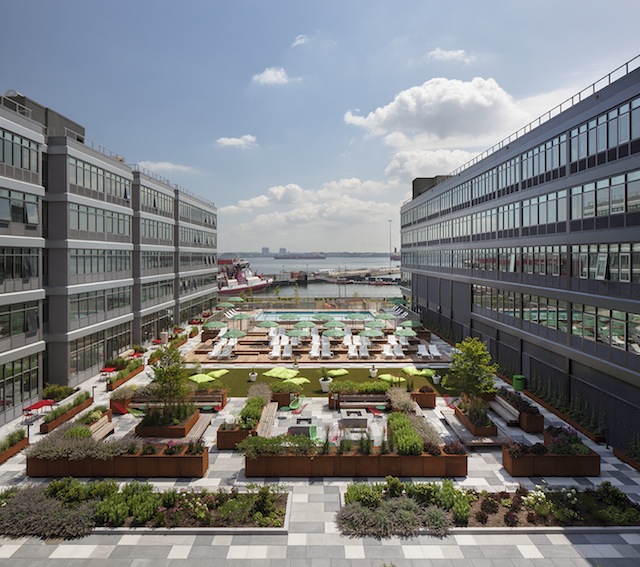 Zaro Bates, the Urby farmer, lives on site with her partner Asher Landes, who tends the Urby beehives. Both have blonde dreadlocks and, on Tuesday, wore colorful Hawaiian shirts. "[Residents will] be on the elliptical and looking at the kale smoothies they're about to have," Bates said, standing on a garden bed and pointing to the adjacent gym.

Bates hosts a weekly farmers market—part of Urby's efforts to, as Barry puts it, "take formerly industrially or forlorn areas and knit them back into the urban environment."

"EDC is committed to unlocking the Stapleton waterfront," said spokesman Ryan Birchmeier in a statement.

Nicholas Siclari, chairman of Staten Island's Community Board 1, is optimistic. "Fifteen years ago I moved to Bay Street Landing," he said. "I was young and single and one-of-a-kind in that area. I think this is an opportunity for a young, urban group to be part of an exciting new community. Hopefully it will draw some new residents from Brooklyn and Manhattan."

"I think there's no question that Urby is a gentrifying force," Bates said on Tuesday. "But if they can create things that serve the neighborhood, like some fresh food in a food desert, that's a really cool thing."

"Stapleton is definitely on the verge," she added. "There's this amazing Sri Lankan restaurant, and Snug Harbor is amazing." 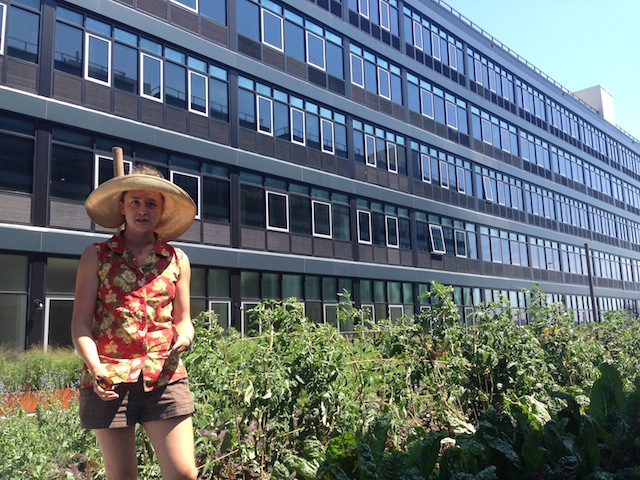 "If you compare [these rents] to 30-year-old junk projects in the middle of Staten Island, they're going to be high," Barry said on Tuesday, defending his pricing. "I think that you have to look at this as a metro area issue."

"To take an emotionally-charged argument and say, 'Oh well this is too expensive for Staten Island, I've been in Staten Island for 40 years and, gosh, I don't approve of, you know, $2,000 apartments,' I just don't think it's a valid logic stream," he said.

While close to a third of Staten Islanders in and around Bay Street make less than 30% of the AMI, nearly half make more than 80%, or $72,500 for a family of four. With further development planned for Bay Street and Stapleton, Petrie of Make the Road says the stakes are high.

"If we do the rezoning wrong, it could take what is an integrated mixed-income neighborhood, and turn it into a much higher income, much more segregated neighborhood," he predicted.

"We're seeing the change," she added. "I see a lot of boarded up housing."

In addition to building 115 affordable apartments for families in Stapleton making as little as $33,326 a year, this project will deliver a number of community benefits including unlocking the waterfront for open, public space. We look forward to exploring more affordable housing in future phases of this project.

#affordable housing
#Bay Street
#gentrification
#Stapleton
#staten island
#Urby
#original
Do you know the scoop? Comment below or Send us a Tip