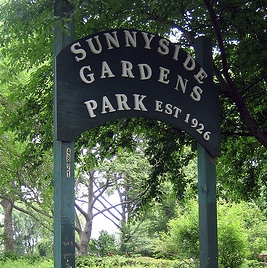 The Landmarks Preservation Committee unanimously approved designating Sunnyside Gardens a landmark. However, amNew York reports that the preservationists who supported the measure were outnumbered by residents of the Queens enclave. One expressed dismay by saying, "It's going to cause a lot of problems for the low-income people We are disappointed. This process is not a democratic system."

It was a heated issue: The LPC said it received "hundreds and hundreds" of letters with opinions on the matter. Opponents to landmarking the 77-acre argued that landmarking the area, originally developed for working class families, would prove costly and tedious for homeowners, who would only be able to make improvements or changes with approval from the landmarks committee and would be required to use certain materials. But preservationists, like the Sunnyside Gardens Preservation Alliance, wanted to maintain the area's spirit as an early planned garden community. LPC chair Robert Tierney said, "I think Sunnyside Gardens epitomizes the notion of a special sense of place," and that the LPC would not ask residents to reverse changes already made.

Now the City Council needs to sign off on the designation. City Councilman Eric Gioia who supported the landmarking said he would ask for tax breaks and residential parking permits to offset home improvement costs and loss of parking spaces (because some cars have been illegally parking on front lawn space). And check out this NY1 image of an elderly, anti-preservationist resident holding up a sign.