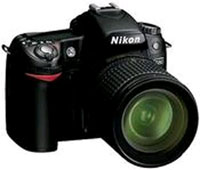 Newspaper photographers usually tend to contribute to the story - not be the subject of them. But today there happens to be two stories about the NY Post's shutterbugs.

One photographer, Jason Nicholas, who served almost 13 years on a manslaughter conviction (he was 19 when he fired a rifle at a man, who later died), was arrested last month while covering a story. Apparently the cop told him not to use his flash while photographing the area of a pipe bomb explosion outside actor Michael Imperioli's studio (police were worried the flash would trigger another undiscovered bomb), but he did . Nicholas also allegedly yelled and swore at the police, who confiscated his camera and arrested him for obstruction of governmental administration.

A few days later, he was arrested for photographing police officers after a subway platform shooting (the NY Times explains Nicholas was photographing from the roof of a building where "the landlord has signed an affidavit allowing the police to arrest trespassers without receiving specific complaints.). Now, because of the arrests and his status as a parolee, Nicholas may face more time in jail. He says that he's been rehabilitated, organizing a prisoner advocacy group while in prison and earning a degree from NYU, “It is a privilege to photograph this city. If Homer were alive today recording the deeds of men, he’d be a photojournalist.”